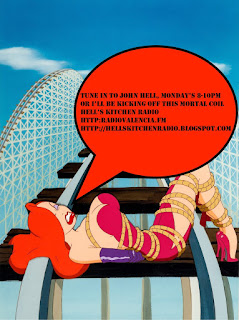 Well here we are once again. I have music, you have ears. Think of it as a match made in musical hell. Hour one is full of something old and something new.

How's this look to you? Be honest? Too much of one genre? Need more female-fronted artists? Not noisy enough? How about the second hour? I'm getting more live tracks into the second hour set. Do you want longer tracks with fewer artists, or shorter tracks and more artists?

Let me know your thoughts, and keep tuning in Monday's 8-10 on Radio Valencia.

Ooh ooh ooh!!! Tune in to me this Friday on KFJC for the annual 28 hour James Brown birthday celebration!!! I'm on 10am-2pm, and I'll be throwing down some rare and live JB tracks for you to get your groove on. KFJC is hosting its annual Month of Mayhem, with many specials each day to enjoy. Check out their Mayhem schedule here.

If music be the food of GODs, then play on?

Rocked By Rape: Evolution Control Committee
I Heard It On The X: Olivelawn
1970: Mission of Burma

I Wish You Well: Emma Louise
Memphis, Tennessee: The Beatles
The Bomb: The Last Dancers

Hell's Kitchen Radio #363: Tangled Up In You 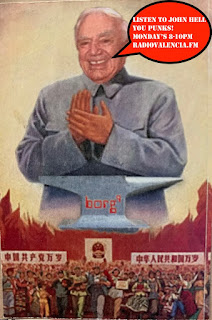 Well here ya go. So many songs. So many great tunes for you to note and then go purchase, and perhaps, if these bands are still around, go and see perform live and in concert, like I did last Saturday, at The Chapel, seeing Roky Erickson.

Oh Roky, you're wonderful, but it might be time to hang it up. Yes, we are going to miss you, but that was rough. The sound was great! The band was great, but it's hard seeing a musical hero, who has already had his boughts with some serious mental health issues, sit up there forgetting not only the words, but also the melody of some of his most-cherished songs. We love you, Roky, and we're thrilled you found a pathway to health over the past 20 years.

Tune in tonight, 8-10PM for more new music and music that's new to you.

It Rains Love: Lee Fields and the Expressions
Total Eclipse Out Of Hell: Enrique 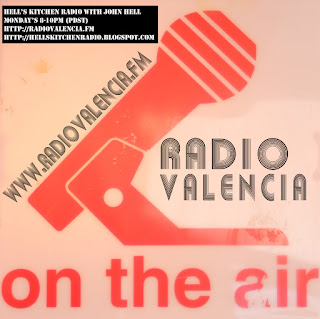 Ugh, I was supposed to attend a Radio Valencia Promotions committee meeting tonight, but they all cancelled on me!!!!!!!

Luckily I had prepared a two hour live set for you. I didn't think I would be in the studio to talk it up, but here we are...or were. I'm here now, but not when you read this. Then I'll be gone. So...you know...yeah.

As for the music, this is all from my recent haul from the past couple of weeks. Let me be clear however, this is not all that I have downloaded over the past few weeks. I would need need a few more hours for that one. I found some Emmylou Harris from 1970 this week, for instance.

Almost all of these tracks are soundboard quality, with a couple superb audience recordings thrown in there as well. I used to be completely against audience recordings until I heard a few from some legendary tapers who knew where to plant themselves in the sweet spot, using the best equipment at the time. And let's not forget those who have taken the time to master these recordings, digitize them and make them available (free of charge) to you and me. Thanks for all you do. 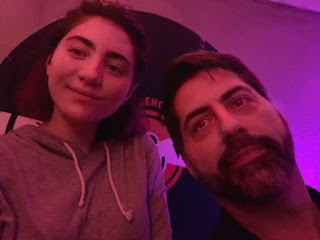