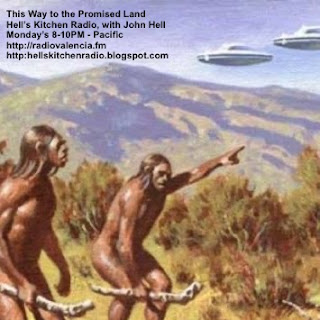 So it's the middle of September, what do you have to show about it? Will another month go by before you get your ass up and finish all those projects you said months ago you would get to? What's your deal?!?!?

September is supposed to feel crisp; the smell of fall in the air. I think it's getting warmer? I also have to remember that I live in the Bay Area and our summer doesn't arrive until now anyway. Here come the warm jets! Let's hope they leave the orange sky out of it.

I celebrate my birthday month during the first hour with songs of September. Some are even hits!!! Don't tell my boss or they'll take my cool underground radio card away. Check out the live cuts in the first hour: Buster Poindexter??? Big Star???

It's all good. I'm having too much fun to stop now.

Check out the all-live Jimi Hendrix hour. Sheeeeeeeeeit, you have never heard this stuff, is my guess. I have dozens of amazing Jimi bootlegs. I didn't even scratch the surface. But you knew that already.

Get your guitar God headphones on and enjoy this second hour.

Tomorrow, September 22, is my wedding anniversary. Saucy Hell and I have hit the magical seventh year of matrimony. Where has the time gone. I performed "Kathy's Song" on acoustic guitar, at my wedding reception (making certain not be nervous in front of all the amazing musicians in the room like Eric McFadden and Mark Growden). What a wonderful day and long night that was. I share a story about that night during my show. Be sure to take a listen.

Keep music in your life, it'll help see us through.

September: Earth, Wind and Fire
Papa Was A Rolling Stone: The Temptations
Maggie May: Rod Stewart 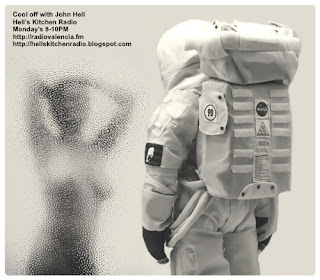 None of this makes sense. We should have been so over prepared for this pandemic that the course the government took would have been ballyhooed as overblown! But nope, not us. We're like a comic book that no one wanted to read anymore. I blame the TV show 24. Remember that show? That's the show that made torturing to get the confession OK. I am not OK with that. I think ever since that show (which was on FOX by the way), our nation started deeper on a path nationalism.

The terrorists have won.

We are a nation ripped apart and polarized like never before in modern history. 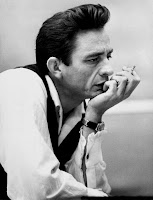 We need things to look forward to. I look forward to Monday nights at 8pm when I can share a couple of hours with you away from this sick, sad, crazy world. It won't be this way forever, but while it is, look towards the music and remember that you are alive. 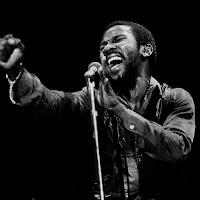 Johnny Cash died 17 years ago. Where has the time gone? I open up show with two sets of the Man in Black. He deserves many hours of celebration. I actually hosted a Cash/Cave show a few years ago that you might enjoy. Check it out here.

I close out the show with a tribute to Toots Hibbert of Toots and the Maytals who passed away this past weekend. Thanks for all the love, Toots.

See you Monday at 8.

Country Roads: Toots and the Maytals (1976 The Longbranch Saloon, Berkeley, CA)
Posted by John Hell at 10:00 PM No comments:

Hell's Kitchen Radio #407: There Is Power In The Union 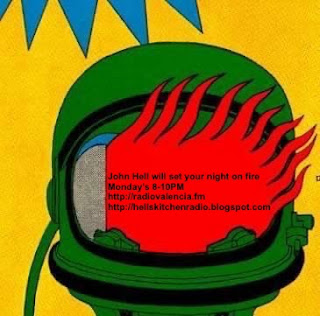 This heat is just too much. Plague, fires, and now the heat? What the hell is this about?!?!?! If I believed in God I would think that it's just one huge cosmic joke. And by Wednesday the sky was the color of blood. Where are the frogs?

I wanted to host my annual labor day show, and I was thinking that now with so many office workers working from home, what are they going to do with all of those empty office buildings, like the Salesforce lingham that penetrates the San Francisco sky? I wonder how many homeless people it could house?

And what about all those frontline workers in the grocery stores? Now that we have the world's richest douchebag, Jeff Bezos owning Whole Paycheck, don't you think he can afford to pay them a living wage? I mean, thanks for the banner hanging on the store front telling us how much you care for your workers, but seriously dude, put your money where your mouth is.

And so goes this show. I mix some Labor Day-themed tunes in with few other treats to keep your toes tapping.

Just take a listen to the first daughter, Tiffany Trump (the one Heir Donny-britches forgot he had) singing her autotuned heart out on the dance number "Like A Bird". And then there's our former Attorney General, John Ashcroft, who lost his Missouri governor's bid to a dead guy. True story. He sings a live version of "Let Eagles Soar". To his credit, he didn't need autotune. Watch out Tiffany.

There's some new music from legendary punk vocalist, Alice Bag; something new from the latest acoustic King Buzzo/Trevor Dunn release; new from Japanese power trio Boris, and a whole heap of music that I'm excited to share with you.

I have come to the realization that I have a lot of music. More than I really know what to do with. I guess this is why I host a radio show. I may need two more hours a week though. I'm just getting warmed up after two.

See you this Monday night, 8-10PM (PDST), where I'll be paying tribute to the late, great Toots Hibbert, of Toots and the Maytals, who passed away Saturday, September 11, 2020, from complications with COVID-19. RIP Toots and thanks for the musical memories.

Career Opportunities: The Clash
Fried Grease: Greyboy Allstars ft. Fred Wesley
Fire In The Hole: General Patton vs The X-Ecutioners
Old Mary: Dead Weather
I Am A Union Woman: Rosalie Sorrels
Get Back In Line: The Kinks

More Than A Paycheck: Sweet Honey In The Rock
Get Behind The Mule: Tom Waits
Mean Old Frisco: John Hammond