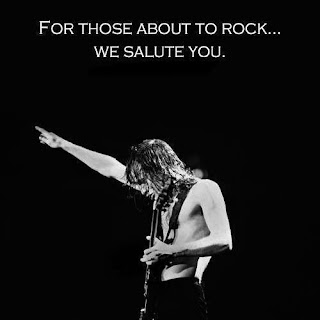 Stream this Salute to ROCK, HERE!
Download your Memorial Memories, HERE!
Listen into all my shows here, or just scroll down
Subscribe to my show, via

It was Memorial Day last Monday night. How am I supposed to celebrate this day? I think the playlist says it all. I'm certainly not going to make it all about John Philip Sousa. I'm a pacifist at heart. Really. I don't see any reason why the working class would ever want war. War is only for war profiteers.

In the second hour I feature some new music from Thee Oh Sees (who are coming to The Chapel in SF in July), Metz (who are playing Outside Lands in SF in August), White Hills, Queen Crescent (playing at El Rio in July), Tad Doyle's new band: Brothers of the Sonic Cloth, and Father John Misty. It's a fun night, worth the price of my rants alone.

I'm not on the air tonight, as I'm back east in South Carolina for a few days. I haven't been here since I was a wee lad, visiting Myrtle Beach back in 1977. Though I would never wish to leave my beautiful San Francisco for anywhere else, traveling to destinations like Hilton Head, South Carolina does indeed clear my head.

I'll be back on the air next Monday night, with members of Illogistical Resources Department stopping by to talk up their new release, which you can stream here.

(What's So Funny 'Bout) Peace, Love and Understanding: Elvis Costello and The Attractions
I Don't Want To Be A Soldier: John Lennon

The Unknown Soldier: The Doors
The Revolution Will Not Be Televised: Gil Scott-Heron
Some Mother's Son: The Kinks
We Gotta Have Peace: Curtis Mayfield

Universal Soldier: Donovan
The Night They Drove Ol' Dixie Down: The Band
The "Fish" Cheer/I-Feel-Like-I'm-Fixin'-To-Die Rag: Country Joe and the Fish
War/No More Trouble: Bob Marley and the Wailers

1916: Motorhead
Vera/Bring the Boys Back Home: Pink Floyd
Keep On Rockin' in the Free World: Neil Young and Crazy Horse

We Are What You Are: White Hills
Majic Moonjynuh: Queen Crescent

I Am: Brothers of the Sonic Cloth
Masters of War: Bob Dylan
Bored in the USA: Father John Misty

The Fiddle and the Drum: Joni Mitchell
I Ain't Marchin' Anymore: Phil Ochs 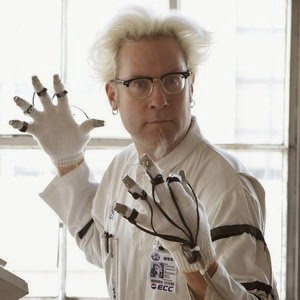 Stream this radio crime, HERE!
Download secret radio, HERE!
Listen into all my shows here, or just scroll down
Subscribe to my show, via

More of what you have come to expect in Hell's Kitchen tonight. many genres, and you get to hear me call George Bush an asshole. Which Bush? Does it really matter?

I got on a real funky/soul/jazz kick in the first hour. The second hour starts off with a kick ass Terrapin Station from 1977, leading into a live Zappa track I found to be quite appropriate.

New music from Nudity, Father John Misty, Mikal Cronin, and Moon Duo round out the show, along with a lovely little ditty from Pres 43.

I viewed "Montage of Heck" on Sunday night, and I was more impressed than I thought I would be. Not to be a spoiler, but I'm pleased that they didn't go close to investigating why he died. If you're a fan of Nirvana, check out the film. The animation of his journals is well worth the viewing.

Happy Mother's Day to all you mothers out there. I actually despise Hallmark Holidays, and this one has a colorful history all its own. But if it makes you happy to have a day all to yourself, then good on ya! I would think most mothers would want a day away from their kids on this day. You know: "give me a break!".

Amazing Grace: Hubert Laws
Keep on Pushing: Curtis Mayfield
Devil Made Me Do It: Rasputin Stash 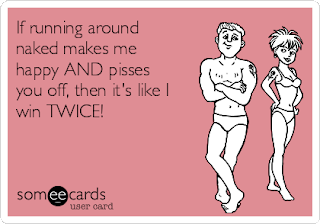 Ace of Spades: Motorhead
Posted by John Hell at 10:00 PM No comments: