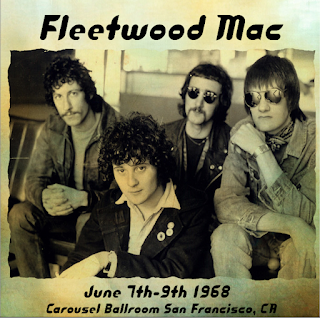 With the passing of Christine McVie, the longtime keyboardist and vocalist of pop sensations Fleetwood Mac, it was a no-brainer what I wanted to share with you this week: Peter Green's Fleetwood Mac from 1968, of course. RIP Miss McVie.

Fleetwood Mac was Green's vehicle. It was all about him. He didn't want his name used in the band name because he knew it was going to be temporary. As temporary as it was, he left a lasting imprint on so many great guitarists of his own era, Rory Gallagher, Eric Clapton, Jimmy Page, Jeff Beck, just to name a few. Green was only in the band for about three years, 1968 - 1970 (he also filled in on a tour in 1971). Fleetwood Mac have had about 20 lineups over the years, and are as far removed from their blues roots as can be. Though the majority of their fans relish the mid-70s era, it's this late 60s era that I absolutely go gaga over.

This show is a stellar soundboard June 9, 1968, live at the Carousel Ballroom in San Francisco. They share the bill with the Jefferson Airplane and the Grateful Dead. The second set of their show features Paul Butterfield on harmonica. What a blast that weekend in San Francisco must have been.

From the text file:

There are minor channel fluctuations in a few spots but this mostly sounds spectacular with a very 60's sounding mix (vocals in one channel and guitars in the other). To be able to hear Paul Butterfield with Fleetwood Mac is a highlight but Peter Green sounds really great too!

I have heard that this was posted back in the STG era, but this version has been remastered with the sets separated better between discs and some minor "nip and tuck" type edits. No EQ or noise reduction was used in the remastering process.

From Peter Green's stage comments, this is from one week into Fleetwood Mac's first U.S. tour and he sounds like he's having a really good time on the last night of a 3 show run with Grateful Dead and Jefferson Airplane. This is presumed to be the last night because Peter Green makes a comment about how they'll be back in 2 weeks (not the following night). I think that they returned to the Carousel on the 22nd or 23rd of June.

You can find my mostly-complete list of live shows right here. Have a request? Leave a comment.

Support these bands. Buy their officially released music and merch, and never ever sell live bootlegs. These are for trade only.

Stick around Monday's 8-10PM Pacific for my weekly music mix, Hell's Kitchen Radio. Lots of new music to share with you every week.

Enjoy and pay it forward. 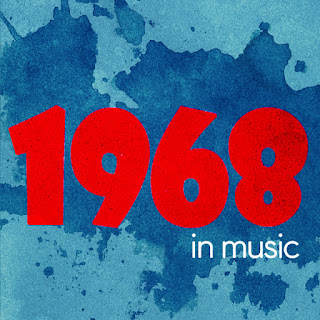 Listen into all my shows here!

It's that time of year once again when I choose one year to focus two hour on. My Annual Annual is a great opportunity for me to go deeper into the music for a particular year, playing music for you that really deserves to be rediscovered. I started this show in 2011 when I wanted to go deeper into one of my favorite years for music: 1971. What a year, indeed! Following that I took one show every November to host this special. Below you can find the links for the previous 11 episodes.

Monday night, 8-10pm Pacific is all about 1968! I was considering hosting a Bay Area only 1991 show, but after chatting with a radio colleague about the greatness of 1968, I just knew that was the year for me! 1968 was a great year for Acid Rock and Psychedelic Rock. My fear is I'm not going to have nearly enough time to share with you everything I want to. This may take two weeks!

Don't expect this to be a Top 20 show. That's never been something I would do. I won't select the playlist until I'm on the air. I like to be listening to a song to direct me to my next track. I can share a few of the artists I'm bringing along for the ride: Jimi Hendrix, Moby Grape, Silver Apple, Jefferson Airplane, Grateful Dead, Blue Cheer, Iron Butterfly, Traffic, Pink Floyd, Os Mutantes, Soft Machine, Fifty Foot Hose, Mothers of Invention and so much more.

Spread the word, ingest some mushroom tea, kick back and enjoy the show.

If you're interested in the previous 11 editions of my Annual Annual, take a look below. 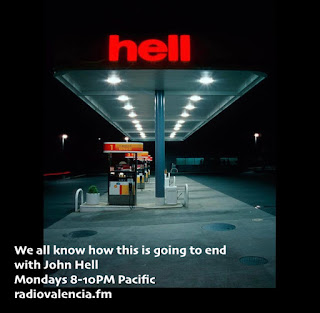 Monday night was a real treat. I was in the mood classic American Blues from the early 20th century; the roots of Rock and Roll. I also have a number of 2022 reissues including Miles Davis, Kiss, David Bowie, The Beatles, and Michael Jackson! I don't think I've ever played Kiss or Michael Jackson on my show. There's even a brand "new" release from The Doors!

And the funny thing about Kiss, is they were my first favorite band. When I was about seven years old my family was living in Greensboro, North Carolina. My father's job took him from my birthplace of Toledo, Ohio down to the south. My aunt came to visit. She had been working at a popular record store, Peaches, and brought gifts! She brought me the first four Kiss studio albums and Kiss Alive II. I was hooked. This was in late 1977 or early 1978. It wasn't long until I joined the Kiss Army, replete with fanzines, posters, stickers and more! I wish I still had all of that stuff. Thanks mom.

I even dressed as Gene Simmons and Paul Stanley for a few consecutive Halloweens. My sister, Tracy Hell, was kind enough to adorn me with the makeup. Thanks Tray!

And then I discovered The Beatles. At the tender age of ten I thought you were only allowed to have one favorite band. So long Kiss.

Next Monday, December 5th is my 12th annual Annual Annual. I choose one year to feature and have a Hell of a lot of fun doing so. Which year will I pick? What songs will I play? Tune in Monday 8-10PM Pacific to find out.

Check out the playlist below and click on the link above to stream or download this show.

Nobody Knows You When You're Down and Out (Moondance Outtake): Van Morrison 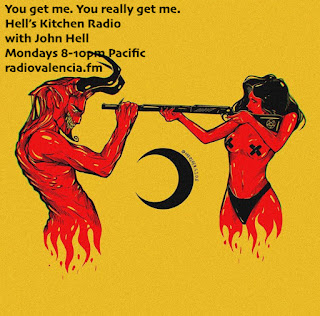 This one should put some meat on your bones. Good music. Good times. Good to get ready for the holidaze, if you're into that sort of thing.

New music from King Gizzard and the Lizard Wizard, Neil Young and Crazy Horse, The Bobby Lees, 1965 demos from Lou Reed, rare track from Peter Laughner (Rocket from the Tombs and Pere Ubu). Tributes to Robert Gordon and Nik Turner. And so much more.

Get your bib on and relax with tasty treats from Hell's Kitchen Radio and Radio Valencia.

She Said, She Said: The Beatles
She Is Gold: Ty Segall and White Fence
Hey Luciani: The Fall
Mr. Suit: Wire 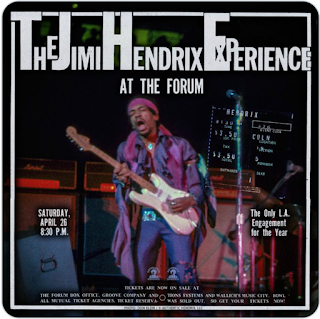 DOWNLOAD THIS SHOW RIGHT HERE!!!
In the two plus years I have hosted this show, this will be the third time I have featured Jimi Hendrix (shows 5 and 51). Tonight is my 83rd live bootleg show and I'm close to slowing down. I have thousands of shows from hundreds of artists, spread across dozens of genres. I live to share these shows with you, free of charge. They have been shared with me, and I am thrilled to pay it forward (so to speak). 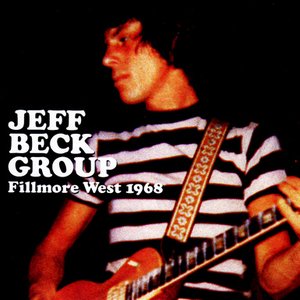 Let's start off with some boogie from the Jeff Beck Group, circa 1968, featuring a very young Rod Stewart on vocals, along with Ronnie Wood on bass, Mickey Waller on drums and of course Jeff Beck on guitar. The first is a full show from their set July 24, 1968 at the Fillmore West in San Francisco. This is a remastered edition, which has been phase corrected and cleaned of all glitches and digi-noise. I recall buying "Truth" on LP back in the mid-80s when I was a teenager, and that album blew my young, fragile mind. It still does.

This has the best sound quality of this group in existence. Jeff is on fire, and we get to hear Jeff sing more than any other live show I know of (not that that is neccessarily a good thing). "The Sun is Shining" is worth the price of admission alone. Also, Let Me Love You has a great swing to it, and Jeff's Les Paul tone is awesome.

There is some Jeff Beck filler from the BBC in 1968. I know you're gonna dig.

Our headliner tonight is the one and only Jimi Hendrix Experience, from the LA Forum, April 26, 1969, showcasing the late guitar icon at the height of his abilities. It features the original Experience lineup with Hendrix on guitar and vocals, Noel Redding on bass and Mitch Mitchell on drums, just in time for what would have been Hendrix's 80th birthday (Nov 27).

What a brilliant show from a band at the top of its form. There are a ton of posthumous Hendrix releases, but I think you're going to have a near impossible time finding something that is going to top what you listen to here tonight.

You can find my mostly-complete list of live shows right here. Have a request? Leave a comment.

Support these bands. Buy their officially released music and merch, and never ever sell live bootlegs. These are for trade only.

Stick around Monday's 8-10PM Pacific for my weekly music mix, Hell's Kitchen Radio. Lots of new music to share with you every week.

Enjoy and pay it forward.