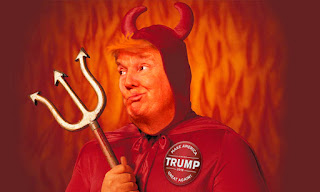 Stream The Future of our Democracy, HERE!
Download Our Email Purge, HERE!
Listen into all my shows here, or just scroll down

Back on the air after a month away. I don't care to take so much time away from the aural pleasures that radio brings, but it had to be done. I traveled with my wife and daughter up to the great Northwest Territories! By that I mean Vancouver, Seattle and Portland.

I won't share the clusterfuck we got into at SFO when they wouldn't let my 11 year old daughter fly without a passport. Needless to say, we made it to all of our destinations, albeit about $1000 less in our pockets than I would have liked. ugh

We spent two days wandering around the EMP in Seattle. If you travel to that great town, please do your self a favor and go there. If you're a music fan, and I know that you are, you won't regret it.

Voodoo Donuts are overrated. There, I said it. Who the hell needs a Cap'n Crunch donut? Besides I live in San Francisco. We have Bob's. I do love me some Portland though. I will most likely retire there and start a radio station. HA!

On with the show.

The first hour pays homage to my late teens and early 20s. Spending time at the EMP inspired me to go back and listen to items on my shelf that may have collected a bit of dust.

The second hour is full of some tasty and rare surprises. A "new" Betty Davis LP issue of an oft-rumored Miles Davis-produced session was worth the wait. I have some new Melvins in there, as well as a number of live cuts from the likes of Tom Waits, Dave Bromberg, Allman Brothers.

I also blather on about the election, and croon about how much I love you.

I Love Living in the City: Danko Jones
A Million Miles Away: The Plimsouls
I'm Spun: Mudhoney

I Will Not Be Your Fool: Dave Bromberg
Warm Beer and Cold Women: Tom Waits