Sometimes I giggle when I look at my 7" collection. It's true. And when I have to purchase another 7" box to hold them in, I get all silly, thinking about how I'm going to organize them. True story.

You may recall a year ago when I moved out of SF to Berkeley I misplaced my entire 7" collection along with a few important books of mine. I found the mis-labeled box a few months later, but not until I had already re-purchased a few of the missing 45s. I was so frustrated thinking that someone would have had the balls to snatch and grab a very heavy box full of my babies. Thankfully I found it buried in my storage shed behind my home, safe and sound, and ready to be played full blast once again.

On my most recent show it's all about the 7"s (with a few 10"s thrown in, because who doesn't appreciate a quality 10"?). And it's not all rock either. Take a look at the playlist below. Rap, soul, garage, punk, Bowie, rock, psych. I've got it all covered.

I close out the show with a tribute to the Grateful Dead's longest tenured keyboardist, Brent Mydland, who's last show was on this day in 1990 (June 26). I was never a fan of his voice, but he had the Hammond B3 sound down. He just couldn't battle his demons anymore. I have a memory of walking in the lot during a show during the summer of 1989, reading a copy of Dupree's Diamond News (a Dead zine/sheet written for and distributed to Heads in the parking lot before shows). DDN made a statement that the "rumors" of Brent being back on heroin were false; he was clean and sober. He would be dead of a vicious overdose. Too bad Jerry wasn't scared straight from the experience.

I'm out of the office this coming Monday night, and I'm really hoping that our premier fill-in DJ Dial-A-Shot will be taking over. The man ROCKS! I'll have a classic Hell's Kitchen Radio show lined up if he doesn't make it in, and I look forward to manning the helm again the following Monday at 8PM.

Radio Valencia is turning 8 years old on August 11. Be sure to wish us a happy birthday! We like dark chocolate and garage rock.

Don't Forget to Breathe: The Melvins
Notes and Chords Mean Nothing to Me: Redd Kross

Hey Hey What Can I Do: Led Zeppelin (You have never heard it played like this before)
Deezy: Honky (Jeff Pinkus of Butthole Surfers ROCK band. Think ZZ Top on meth!)
Brainded Warrior: Zig Zags 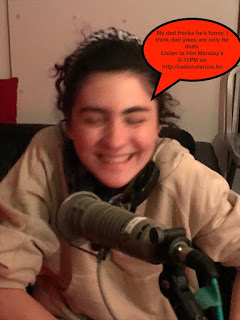 There once was a time when my daughter looked at me like I was a hero. Now she's 13. Oh well, at least she allowed me to drag her kicking and screaming out of her lair (read: bedroom) to join me in the studio on this fine night. It only took me bribing her with a burrito to make this happen. There was a time when she couldn't wait to co-host a radio show with me. I guess we all grow up eventually, right? RIGHT?

To my credit, she did acknowledge all on her own, that it's pretty cool that she's had this opportunity to be on the radio with me over the years None of her other friends have ever done this before. So there!

Lauson's musical tastes have grown beyond my tastes, as I'm sure mine did when I was her age. If I recall 13 correctly, I was starting to purchase music on my own on a monthly basis; much of which my father hadn't ever listened to. So it comes as no surprise that she's delving deeper into her own interests. And it's those interests that I encouraged her to share on the show tonight.

Interestingly enough, not only is she into hiphop, but she loves Sinatra and Stevie Wonder, and is discovering more classic soul and funk based on the samples used in contemporary hiphop. We talk about this on the air. It reminds me of how I got deeper into blues, using 60s bands like the Rolling Stones and Eric Clapton as a springboard to discover the originals, which I ended up enjoying more than the covers.

The banter is witty, the music is groovy. The talk about attending concerts, in the second hour, is classic! Much of the music is vocalist-centered as you can see by the playlist below. New music by Ty Segall and White Fence.

It's Hard To Be Humble: Mac Davis
I Get A Kick Out Of You: Tony Bennett 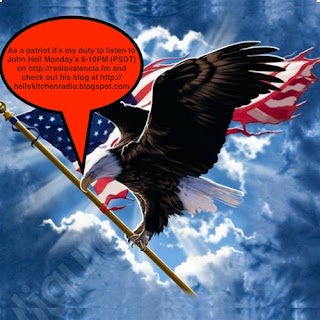 Another winner of a broadcast for this week. I think I'm finally getting the hang of this. Lots of tasty library choices on this night. For you not used to the library lingo, "library" means older releases. Some older tunes, some afro-funk, stoner-rock, alt-country, live Iggy and live Dead! What else could you ask for? A few long jams? Sure, I've got that in the show as well. Some jazz and blues? Why not?! Some prog-rock and English punk? Ok, if you say so.

Happy Forfa to all of you. Please celebrate responsibly as you blow up a little bit of our nation, and perhaps a small part of your body.

See you Monday night at 8.

Also, Flint still has no clean drinking water, and Puerto Rico is mostly out of power.