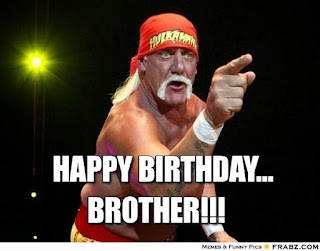 Stream the celebration, HERE!
Download my birthday extravaganza, HERE!
Listen into all my shows here, or just scroll down

It's my BIRTHDAY, so that means that I get to play what I want. That's pretty much every week, or so you think. Most weeks I take a few requests, and like to even stretch my own comfort zone. Tonight it's all about what John Hell wants to hear. Just take a gander at that playlist!

There's some amazing new music from Sweden's Dungen, SF's Golden Void, and Austin's OBN IIIs, as well Thee Oh Sees from earlier this year, and even this new band, that you really need to look out for: The Flat Earthers (full disclosure: that's my band).

Still celebrating the 50th anniversary of the Grateful Dead, I played a gem from this date in 1972, from New Jersey. I actually played quite a few live tracks tonight.

I'm sure you'll find the music and banter worthy of your time. Please share this with your music-loving friends.

PS: I like chocolate
PPS: With sea salt
PPPS: And caramel

Why Does Love Got To Be So Bad: Derek and the Dominoes
Done Somebody Wrong: Allman Brothers Band

Game is my Middle Name: Betty Davis
Me and Baby Brother: War

Here's some live Golden Void for you to enjoy. They're playing Bottom of the Hill in SF, November 13th See you there. 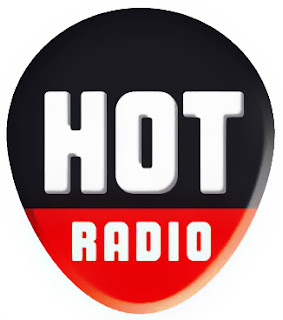 Stream the HEAT, HERE!
Download this sizzling performance, HERE!
Listen into all my shows here, or just scroll down
Subscribe to my show, via

It's hot in here. You know what that means. This show ROCKS! Check out this playlist for Christ' sake. There's a lot of what you need comin' down the pipe. Brand new music from Shannon and the Clams, as well as brand new OBN III's and Altamont.

Tonight on Hell's Kitchen Radio, with John Hell, it's my birthday show!!! So much has been going through my brain lately, I cannot wait to share it with you, including music from my band The Flat Earther's show last Thursday night at XOXO in Jack London Square. We rocked the house!

I Get A Kick Out Of You: Tony Bennett
It's A Man's World: James Brown

Anthem/Keep on Movin': King Tuff
I Won't Go Like That: Eric McFadden
Easter Sunday: Altamont
If I Had An Exorcism: The Melvins

Self Hypnosis in 3 Days: WAND
Chocolate Jesus: Tom Waits
Huge: Boris
Within You, Without You: The Beatles 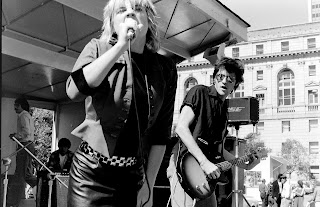 Stream Punk Sensibilities, HERE!
Download History in the Making, HERE!
Listen into all my shows here, or just scroll down
Subscribe to my show, via

Sometimes I interview heroes of mine, and sometimes there are musical heroes in the room and I have no idea I'm talking to them. That happened once, back in 1993, while I was standing in Waterloo Records in Austin, while I was thumbing through a record stack and came upon the "Sid and Nancy" soundtrack. A woman standing next to me saw the record and commented about a movie she saw the previous night on her hotel room TV, staring the woman who co-starred in "Sid and Nancy", Chloe Webb. Coincidentally I was watching the same movie in my hotel room. The conversation moved on to other great films, then music, then authors. Then she said goodbye. This was about a 10 minute conversation, at the most. Pleasant. Short-lived. Soon after she walked away, the store manager, or owner announces to the room "ladies and gentleman, we're so lucky to have with us, reading from her new book of poetry, the seminal punk goddess, Exene Cervenka. Give me a break. Really? That's who I was talking to? One of my musical heroes, form one of my favorite bands of my youth? Really? Yeah, I'm sure she was thrilled that I wasn't being all eye-lash-batty to her, and fawning over her every word, and agreeing about how amazing some director and author is, but COME ONE.

If you tune into my show on any semi-regular basis, and I have a guest on with me, you've probably noticed that I have some clue as to who they are. I do my homework, after all. On last Monday's show, I had a lot of homework to do, and it would appear, that I missed some assignment. D'oh indeed.

The 40th Anniversary Punk Renaissance showcase begins tonight, and runs for the next week, so I had some old-time punk-rockers from the Punk Rock Sewing Circle in the studio to talk up the onslaught that is about to be hoisted upon us.

Raymond Ernest Andre III (Flame); Ripper Sisters Linda Walker ("Gale Force" of Ripper Magazine), and Verna Wilson ("Violet Vamp"); Michael Reid (booker of the Mabuhay Gardens, and co-founder of Reckless Records); Bob Clic (from The Lewd); Ethan Port (from Savage Republic); Eugene (from Oxbow (who I had no idea was going to be in the studio, and therefore had no clue who the hell he was, EVEN THOUGH I am not only a fan of Oxbow, but I had the good fortune to MC a show at least 20 years ago at the Cubberley Community Theater in Palo Alto, where they headlined. That may have been the last time I saw them too)).

I can't do this as much justice as my friend Silke Tudor can, so I'm just going to let her words describe the mayhem that starts tonight and runs for the next week.


We don’t know how they pulled this off, but we love Punk Rock Sewing Circle. What began as a string of remembrances on the Mabuhay Gardens Facebook page has transformed into a 40-year anniversary celebration. SF Punk Renaissance: Final Warning! is a weeklong festival that draw doyennes of the underground back to this city where punks could pogo with the deaf, live in a treehouse, perform with live chickens, and survive on SSI. The festival kicks off with an all-ages East Bay sonic survey including members of the seminal Psychotic Pineapple and Dr. Frank. The rest unfolds with must-see photography exhibits; a swap meet for records, ‘zines, flyers, and other memorabilia; panel discussions on early zines, the queer/punk node, and where it all went wrong; educational walking tours of the Mission, North Beach, and SOMA; and of course more music than you can shake your trick leg at: Avengers, The Lewd, The Mutants, Frightwig, Toiling Midgets, and Negative Trend, to name a few.
— Silke Tudor

All the information you could ever want about the upcoming shows, performances, films, readings, etc. can be found here, on the Punk Rock Sewing Circle website.

Get your punk on, but don't forget to take your Midol first.

Meathouse: Negative Trend
This Could Be Anywhere:  Dead Kennedy's
She's Fun: The Sleepers

Glorious: Polkacide
Ain't Talking About Love: The Minutemen
I Can See You: Black Flag
Communist Eyes: Germs
Just Like Me/Put A Little Love in Your Heart: Circle Jerks

Human Fly: The Cramps
Sleeper: Ty Segall
Supertheory of Supereverything: Gogol Bordello
You Let Me Rust: Shannon and the Clams

Stream Quality Labor, HERE!
Download Your Hard Earned Work HERE!
Listen into all my shows here, or just scroll down
Subscribe to my show, via

I'm thrilled to have local rockers, Happy Fangs back in the studio tonight, talking about their upcoming show at Bottom of the Hill, this Saturday night. Rebecca and The Cobra (Mike) make for a great interview. I love having them on. They promise to come back on in October to guest-DJ with me. Seriously, that was a fun interview. You'll be a better person, all around, for listening to it. Go see them live. They promise it's awe-inspiring (my words, not theirs).

Also, it being Labor Day, inspired me to dig deep for all-things-WORKER! When's the last time you paid any attention to that? Really, what are you doing to support labor? Are you conscious of where the items you are purchasing are made? Do you buy local? Do you support American made apparel?

Just check out the playlist below, stream, or download the show, and feel the power of the union coursing through your veins.

Fangsgiving: Happy Fangs
What Is Punk?: Mr. T Experience
The American in Me: The Avengers
Sonic Reducer: Dead Boys

Take This Job And Shove It: Johnny Paycheck
Get Back in Line: The Kinks
San Francisco's Doomed: Crime

I Ain't Marchin' Anymore: Phil Ochs
Gonna Die With My Hammer In My Hand: The Williamson Brothers