Get Dub-stylie by streaming this show right here.
Download this thick, dripping Dub-stick right here.
Listen to all of my eclectic shows by clicking here, or just scroll down.

International artists, and Dub is on the turntables for tonight. Burning Man is a wash, so listen in and get DUB with it.

On Saturday night Radio Valencia broadcast live from Bottom of the Hill, for the annual Strummerville New Music Foundation benefit. So many great and talented musicians performing the music of Joe Strummer and The Clash. You can hear that show by going here. Most impressive was Eric McFadden's performance of Bankrobber, done in dub style. So when I was considering what to play for you tonight, and staring as I often do at my music collection for hours on end, it hit me like a brick that I should be doing a show of Dub for you.

The last half hour of the show reaches out towards other international sounds. This is a great show to either sit back and get truly deep into, or even to have on in the background while you're moving around the house, or taking a seriously deep bong hit. Either way, I think you'll really enjoy what I've created for you tonight.

Take a look at the playlist, And click the links above to stream or download this fabulous show. 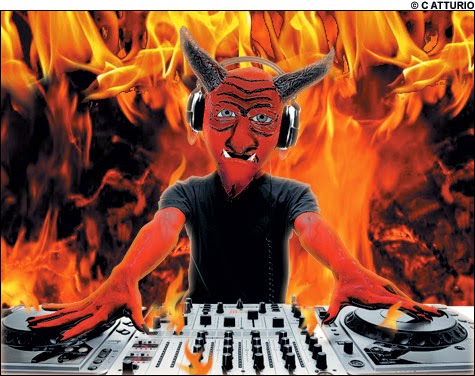 Sometimes I just need to play a bunch of stuff that I haven't heard in a while. And I also keep buying records, so I have to share those with you too. That's pretty much what you have here: a collection of music that I haven't heard in a while, and new stuff. Some of it's loud, there's some bluegrass thrown in, psychedelia, metal, Americana, gypsy-punk; you name it, it's in there. Some of the segues are priceless. The art of radio at its finest.

The Show Must Go On: Pink Floyd
Jesus Was Way Cool: King Missile
The Lifetime Achievement Awards: The Centimeters

A Season in Hell #184: Farewell Captain, My Captain 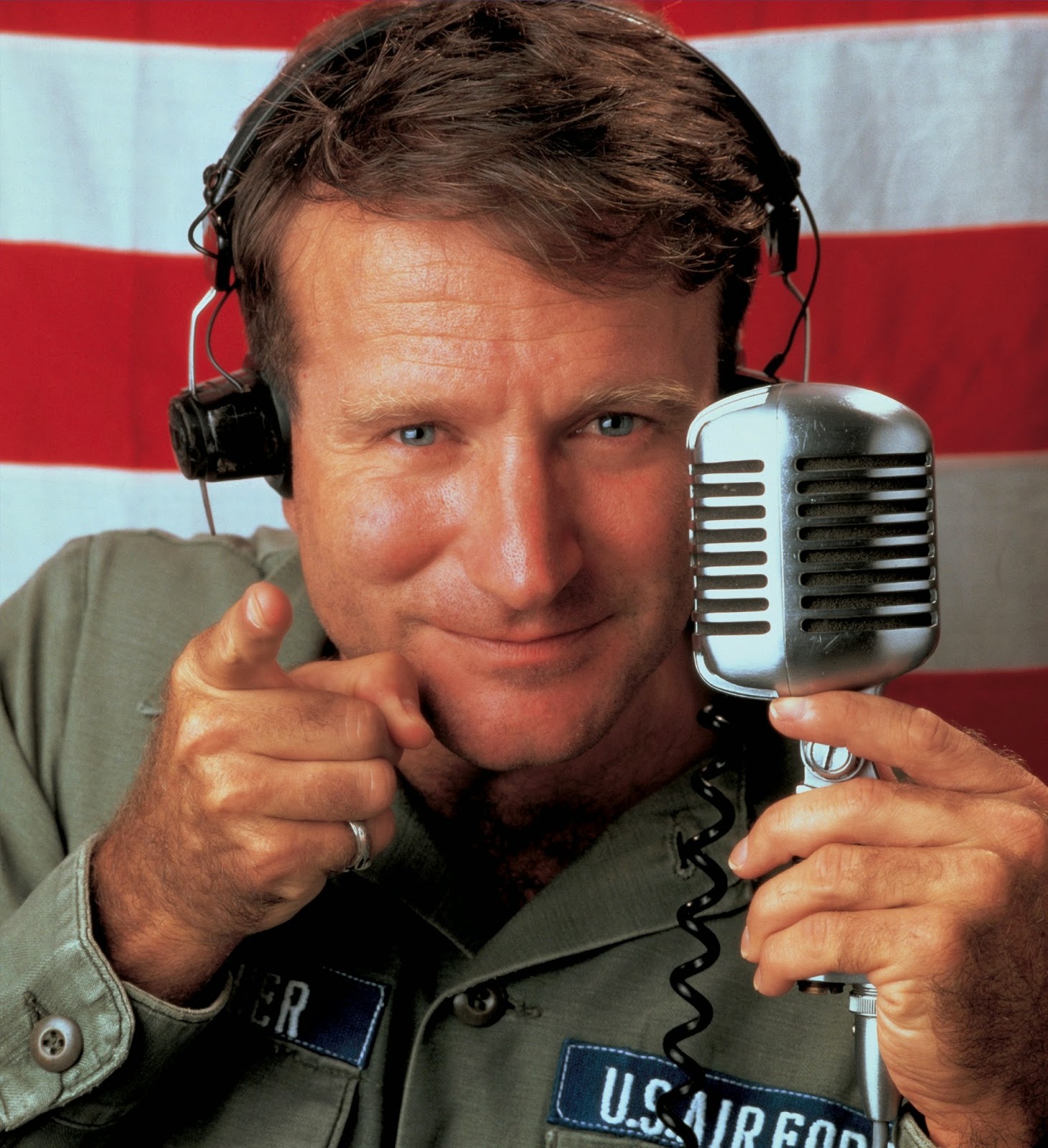 Happy 4th anniversary to Radio Valencia today!!! It's all about tragi-comedy tonight. And what a day to celebrate. I should be writing about how exciting it is to be celebrating four awesome years, and what is certainly the best "radio" station in San Francisco, and one of the finest in the Bay Area, but this day will be forever connected with the passing of a talent among great talents, Robin Williams.

Instead of waxing poetic about what a great cultural loss, and preaching about the need to open our hearts to those experiencing depression, I'm going to let my show speak for itself. Every set has some live stand up from the late Mr. Williams. I'm sure you'll agree he was a master of his craft, and we won't see another like him in our lifetime.

His passing does remind me of this old "joke" however:

In the year 1806, a well-dressed man in his twenties visited a doctor who was renowned throughout London for being able to treat what nowadays we'd call depression, but back then was called melancholia.

The patient explained that he felt overcome by a terrible sadness, that he didn't want to get up in the morning. He could not see any point in his existence.


"With your condition I would normally prescribe a course of my patent powders," said the doctor, "but it so happens that I have recently come across something which will alleviate your condition much more quickly.

"You must," he continued, "go to the Covent Garden theatre to see the pantomime, Harlequin and Mother Goose. This is the happiest thing I have ever seen performed on a stage, tears of laugher ran down my face. Why, sir, I can almost guarantee that watching Grimaldi the clown will cure you completely!"

"Ah, but doctor," said the man sadly, "I am Grimaldi the clown."

It feels as though you said to yourself "I've done all I can do, and it still isn't enough. When are you people going to start being happy? Forget it, I'm done.".

All in a Day: Joe Strummer
Tombstone Blues: Bob Dylan
Cocaine: Robin Williams
The Revolution Will Not Be Televised: Gil Scott-Heron

A Season in Hell #183: The Magnificent Seven 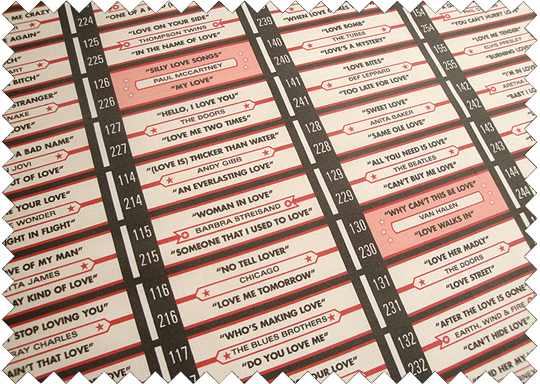 It's all about 7 inches tonight. 45s people! Traditionally the 45 RPM single was the hallmark of the bands current release. It was the song they wanted to feature. Unless of course you were The Beatles, whose American label: Capitol Records, would take the 14 song LP they released in Europe, take two songs off and release those as singles on their own. Record labels suck!

Over time, bands who only had a few songs to share would press them on 45. There were even ads in the back of magazines in the 1960s and 1970s that would turn you into a recording star. All you had to do was send a cassette of your song to them and they would press it on 45! There are some real winners there. And when I say "winners" I'm sure you realize how subjective that term is.

In my own youth, we had dozens of 45s in the homestead. I relate this story during the second hour of the broadcast. It was New Years 1974 I believe, and my father was late coming home from work. We were living in Toledo, Ohio, my birthplace, and my father owned a small jewelry store, Phillips Jewelers, that also sold trinkets along with fine jewelery. As he was locking up to come home and take my very patient mother out for a New Years celebration, he stopped into the store next to his own, to wish a Happy New Year to the owner of the shop that sold billiard tables, and jukeboxes.

The story goes, the owner asked my dad to come in and have a drink to celebrate the new year. My father obliged. Many drinks, and a few hours later, may father realizes that he's very late, and needs to get home. He also realizes that he better not go home empty handed.

Meanwhile my mother is dressed and ready to go out to celebrate. I'm about 4 years old at the time. My sisters are 10 and 11 years old. I'm certain we had a babysitter there too. My father is late. Very late. Mother is not pleased.

Mom opens the door. There stands my father, looking much the worse for wear. He beacons "I bought a BIG record player", and proceeds to fall flat on his face.

My father told his friend to throw a bunch of 45s into a jukebox and follow him home. It was mostly the hits of the day: R&B, Soul, Rock, and many, many Dr. Demento-type favorites, some of which I played on the show tonight.

Whatever happened to that jukebox? It lived in four of our homes, between New Years 74/75 and 1979. It even lived in my bedroom in Greensboro, North Carolina for a year, because that's the only place it would fit. It scared the hell out of me at night; it looked to me like a robot. It was huge.

But I played that thing all of the time. Every record on the machine became my friend. I understood growing up what it meant to be a "hit". Perhaps that's why I've stayed so far away from commercial radio. I think it made me allergic to hit singles! Wow, that's a serious revelation I've just had.

So tonight it's all about the "hits"! How many of these do you recall? There are some real doozies on this playlist. Listen to the podcast. I tell some fun stories, including the one you just read about. Thanks dad, for going out for that drink...or three. I'm sure it really pissed my mother off, but unbeknownst to you, that night had a profound effect upon my life.

I've Been Everywhere: Hank Snow
Why Can't We Live Together: Timmy Thomas
Along Came Jones: The Coasters
People Get Ready: The Chambers Brothers

Can I Get A Witness: Rod Stewart
Ruby Tuesday: The Rolling Stones
I Need You: The Kinks
The Kids Are Alright: The Who

Kick Out The Jams: MC5
You Got It: Mudhoney
Gary Gilmore's Eyes: The Adverts
Major Tom (German): Peter Schilling

Fantastic Voyage: David Bowie
Me and My Arrow: Harry Nilsson
Glad All Over: The Dave Clark Five
Interplanet Janet: Man or Astroman?

17 Days: Prince
Down On The Corner: Creedence Clearwater Revival