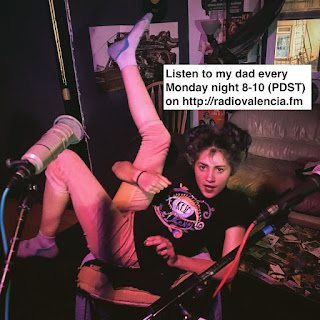 Lauson spent the night in Hell's Kitchen this past Monday night and was more than her usual kooky self. Little Lauson Hell is about to enter 8th grade and I'm not really certain how I feel about all this growing up stuff. She knows that when it comes to the playlist to make make her choices a wee bit more left of maintstream. That being said, she's her father's daughter: she just knows what she likes. Almost all of her selections (designated by "L") are fairly outside the norm of what a 12 year old probably listens to. Does your kid flip for Nina Simone? 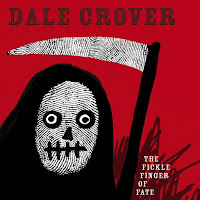 Some new music from Ty Segall from an oddly digital-only release (where's the vinyl, Ty?), and Dale Crover has graced us with what he claims is his first full-length solo effort, Fickle Finger of Fate, but I consider the classic Kiss-style Melvins solo EP of his to be his real first solo release. Whatever. Speaking of the Melvins, their documentary, Colossus of Destiny is now out on DVD and Blu-Ray and we're all better for it. I saw the film at a s showing at the Swedish-American Hall in SF last Fall and the boys performed an acoustic set and did a Q&A following the film. It's chock full of great interviews and music. Check it out!

I've got way too much music to share with you this coming Monday night. Two hours really isn't enough time, but it'll have to do. See you on the "radio".

None, No More: Dale Crover
The Room Where It Happens: Hamilton - L
I Put A Spell On You: Leon Russell
You Don't Own Me: Grace ft. G-Easy - L