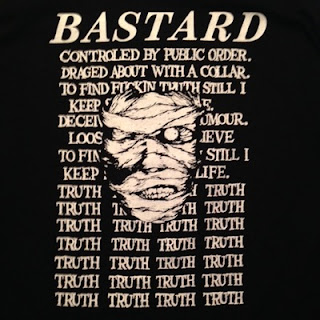 Stream the craziness, HERE!
Download the straight TRUTH, HERE!
Listen into all my shows here, or just scroll down

here
There were so many amazing sets tonight. For the past month or so I've been designating a "Set of the Week" to sets that have the type of character that stands out against the rest of the program. Tonight, I swear there must be at least three sets that I could have given the title to. It was that kind of night. Everything just made sense. Just take a look at the playlist below, and I think you'll agree.

Really, take a look at the Set of the Night™. It's all about T. Rex. First, there's the new LP release from Ty Segall "Ty Rex", which is all T. Rex covers Ty originally released on 7", with the addition of the track I played, for vinyl only. Hell yes! I follow that up with a John Zorn produced track from Zorn's "Great Jewish Composers" series on Marc Bolan. Finally I have to play some T. Rex. Do I play "Bang A Gong"? Fuck no! What radio station are you tuned into? Get your head out of your ass. No. I play "The Motivator" because it kicks serious ass! Now THAT is a quality set.

But later in the night I connected Black Sabbath to Primus. How did I do this? I know you're interested. Get this: The Butthole Surfers track I played, "Dum Dum", uses the exact same drum melody as "Children of the Grave" by Sabbath. I followed up the Buttholes with some Melvins, featuring Pinkus and Leary from the Buttholes, off of the 2015 Melvins "hold it in" release. But wait, it gets better! Dale Crover is the drummer from the Melvins (but you know that). He's also the guitarist/singer for Altamont! GET THE FUCK OUT OF HERE! And Altamont is a local SF band, which leads to me playing the next four local bands: Rube Waddell from Oakland; The Mummies from San Mateo (where I went to high school, thank you very much, and saw The Mummies at Pony Express Pizza in Redwood City, when I was 16-18); SF's Polkacide, which if you haven't seen them then you just plain suck, and you know it. Give it up already. Really. Give it up. Finally, South Bay's Primus. They suck, but I still love them. I was at that Berkeley Square shows that turned into "Suck on This". Party. With. Me.

What a ride. If memory serves the banter was humorous at times, and I didn't stick around long enough to make you run away screaming.

There's some very early (1965) Pink Floyd near the end, and an isolated vocal track from a young and wild (though probably not nearly as wild as he would be following the electro shock treatments he received for skipping out on Vietnam) Roky Erickson.

That's probably more than you wanted to read, but aren't you happier for doing so? No? Thanks for being a friend. Can you feel the love? Just feel the love, already.

Below is a great and grimy commercial from Pony Express Pizza's Hair Metal Week. I'm so happy this place existed. We need more all-ages venues for the kids, today. 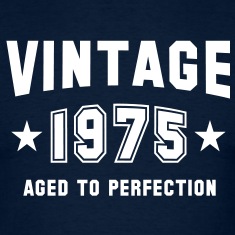 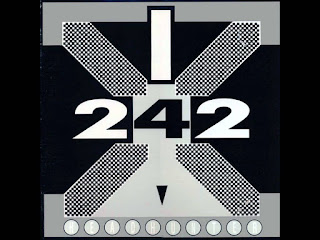 Stream the spontaneity, HERE!
Download blind luck, HERE!
Listen into all my shows here, or just scroll down

Spontaneity is the name of the game sometimes, in radio. I often stare at my immense record collection, and think to myself "self, why don't you just blindly choose a bunch of LPs to take to the studio with you, and whatever strikes your fancy, go with it?". This is pretty much what I did Monday night. And boy howdy if it didn't pay off, too!

A few tributes (PF Sloan passed away, as did Mitch Mitchell (who actually died in 2008, but I believe everything I read on Facebook, obviously)); some tasty live treats, some local tunes, and a speech as relevant today as it was when it was delivered over 70 years ago.

I was training a new Radio Valencia DJ tonight, and later in the show, the banter gets pretty hilarious.

Take a look at the playlist below. You can download and stream this show by clicking on the links above. Please share this with all of your music-loving friends.

Next Monday, November 23, from 8-10PM on Radio Valencia is my 5th annual ANNUAL ANNUAL! It's all about 1975 for two whole hours! And this isn't your old man's 10 at 10, either. Guitar hero, Eric McFadden may drop by. He knows a thing or two about good music.

***Set of the night***
I Swallowed A Dragonfly: Heartless Bastards
I Wish A Mothafucka Would: Queen Crescent
Charlie Chaplin Incredible Speech
Move On Up: Curtis Mayfield 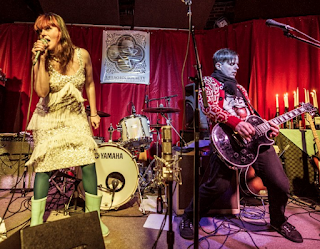 Guest DJ Stream Happy Fun Fangs Time, HERE!
Download someone else choosing the music, HERE!
Listen into all my shows here, or just scroll down

How thrilling to have to rising local rock stars in the studio to do all the heavy lifting. I should do this more often. Rebecca (DJ RBG), and Mike (MC Cobra) of the mighty might Happy Fangs guest DJd in Hell's Kitchen tonight. They brought loads of 100% choice vinyl cuts, and knew their way around a radio studio.

I've had Happy Fangs in the studio before, to talk up shows and releases, but last time they were on I invited them to come back and guest DJ with me. They were obviously up to the task. Other than the first track, all the rest were from Rebecca and Mike. And just look at that playlist!

I'll be having other bands on to guest DJ with me soon.

This weekend there are a couple great shows to check out:

Friday night, local psych rockers Golden Void will transport you to the astral plane at Bottom of the Hill, where they will be headlining. I'm loving their new LP: "Berkana".

Saturday night there are two great bands playing at Amnesia on Valencia Street. The Reliables are a fun five piece, made up of old friends who decided it was high time they got together to make songs of journey and life. They've got a good funky vibe. The other band is the donut-laden trio known as DOWN IN FRONT! These ladies have the most fun no stage I've seen in years. The between-song banter is as much fun as the the songs themselves.

Coming up November 23rd is my fifth annual ANNUAL ANNUAL! I'm doing two hours on 1975. This isn't like KFOG. I actually know what was quality in that year. Tune in, and check out my previous ANNUAL ANNUAL shows from the past few years. Rumor has it guitar slinger Eric McFadden will guest DJ that night too!

All Tomorrow's Parties: The Fresh and Only's
Lust for Life: Iggy Pop

I Really Like You: The Lovely Feathers
Lion's Share: L7
Another Girl, Another Planet: The Only Ones 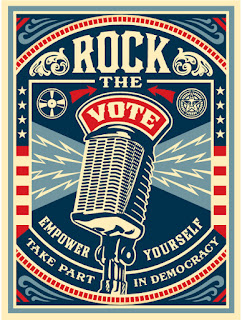 
It's Sunday night, and I realized that I have yet to post my blog from last Monday. What the hell was I thinking?!?!? It's been one busy week, I can assure you. But that is no excuse for not getting the people what they want. And you want quality radio podcasts, don't you? Don't lie to me. I know how much you enjoy my well-considered playlists. I know you wait with baited breath for my mic breaks, where I'll wax poetic about the San Francisco of yore. Or perhaps, I'll bitch and complain about the cost of rents? Last Monday I think I went on a bender about a former student of mine (I'm a local SF public school teacher, but you knew that, because you tune in regularly and listen to me talk about my kids), and how falsely (?) blamed him for stealing my door stop, which just so happened to be a plastic baby's arm.

Now you too can stream or download this show and relive that fabulous story, and many more. This show also featured a tribute to the great jazz engineer, Rudy Van Gelder, on his 91st birthday. I played a few rain songs in celebration of the fact that it rained in SF for the first time in about 6 months, and I played a few songs to get you ready for our crappy election, where our lame "I'm never going to run for mayor" Mayor won a second term. Douchebag.

There's a very slowed down Alvin and the Chipmunks song, some classic rock you may or may not have ever heard before, new music from noteworthy local bands, and more.

Check out the playlist below.

This Monday night I'm excited to have local rockers Happy Fangs in the studio, where I won't ask them one damn question about themselves, their new record, or their tour. No I won't. Nope. Instead, they're guest DJing, which means I get to kick back and let them make the playlist.

Tune in every Monday night from 8-10PM for the finest in the fine sounds going down in the downtown, with me, John Hell. You can also subscribe to my iTunes podcast link and get the show downloaded to your iTunes every week. You can find the link above. Thanks to the over 300 of you who subscribe already!

Rain: Bernadette Seacrest and her Yes Men
See The Sky About To Rain: Neil Young
Make it Rain: Tom Waits

Rainy Night in SOHO: The Pogues
I'll Be Your Lover Too: Van Morrison
Every Mother's Son: Traffic
What Do You Want From Life: The Tubes

Paranoid: Golden Void
Headbanger: King Tuff
We Are What You Are: White Hills
Careful With That Axe, Eugene: Pink Floyd

Cold, Rain and Snow: The Grateful Dead
Posted by John Hell at 10:00 PM No comments: