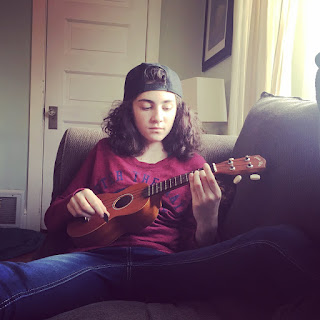 Stream the Love, HERE!
Download Family Time, HERE!
Listen into all my shows here.
You can subscribe to my show through iTunes here.

Do you have any idea how incredibly lucky I am to have the coolest 12 year old daughter, who loves art, and legos and engineering, and movies, and books, and meeting new people, and can hang out with pretty much everyone, and wants people to be friends, so is always introducing people to one another so they too can be friends, AND is willing to come on my radio show every few months when she doesn't have school the next day, to share music that she likes (much of which I couldn't care less about, but since she's my kid I'm happy to amuse her and happily let her program her own sets on my show)? Her choices are marked with a "L".

I believe this was Little Lauson Hell's 8th show in four years. I remember her first show when she was about 7 and it took her a little while to warm up to the idea of talking on mic. She was shy until she was no longer shy. That's my girl. I have links below to all of her previous shows. Way too much fun. I love interviewing her on the air. It's worth the time to tune in just to hear what it's like to be a young lady in the city. Awesome kid through and through.

There Ain't No Santa Claus On The Evenin' Stage: Captain Beefheart
Reasonable World: The Blind Shake
You Will Find It Here: Thee Oh Sees

Stone Soul Christmas: Binky Criptite
Your Mother Should Know: The Beatles (L)
C is for Cookie: Cookie Monster (L)
Miss You: The Concretes

Emotional Mugger/Leopard Priestess: Emotional Mugger
Without Me: Eminem (L)
John Wayne was a Nazi: Stains
A Taste of Honey: Tony Bennett
Planet of the Apes: The Mummies

Drugs on the Bus: Crystal Fairy

She'll kill me but here's a video of her when she was five. We're friends with the Lifesize Mousetrap Game peeps. They let her start the game at Maker Faire in San Mateo back in 2011.