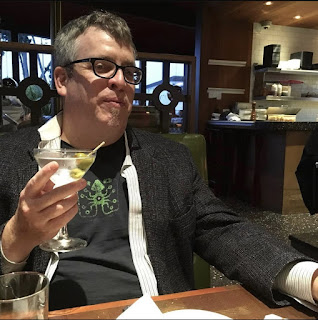 I've been dreading writing this post. If you're reading this, it means my dear dear friend Michael McElligot aka: Mikl-em has kicked this mortal coil. 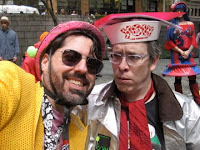 He passed away from brain cancer on Sunday, August 30th. 2020. This has hit our community hard. I've known Mikl since 1996 or so, through our mutual admiration of everything SF Cacaphony Society had to offer. We hit every event we could find. It didn't take long until Mikl began producing  as many events as he attended.

mostly colored by Mikl Em. He was the epitome of inclusion. He was the essence of "let's put on a show".  He was love and light.

As a teacher I have been told that I teach to infinity, since I don't know where or when my teachings will end. Mikl entertained to infinity. He inspired so many of his friends, and even more who were in the audience. 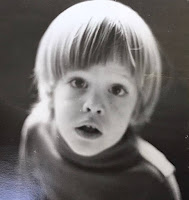 We were super lucky Mikl chose to join Radio Valencia in our infancy. He started Can Haz DJ the second week we were on the air. He produced 50 shows, and I'm excited that we are currently re-running these shows Saturday's 8-10PM. Please tune in. Mikl was an exceptional DJ, who modeled himself after the legendary BBC-1 DJ, John Peel.

This show before you is a tribute to great musical mind. These are artists that Mikl loved, many of whom he turned me onto. We used to talk music in the most rambling and sensational way, often meandering in a tangential way across genres, and eras, always ending long before we wanted to. Our conversations were always ones for the ages. And now I guess they'll have to be. 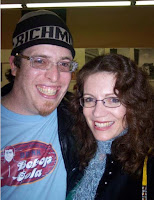 He leaves behind his magnificent life-partner, Danielle, who I've known even longer than he. She's a vision of strength in life that has seen her share of challenges. If ever there is a person who is the model character, it is she. We love you, Danielle.

I miss you my dear friend. Thank you for shining such a beautiful light on all of us. I hope wherever
you may be that there are songs to fill the air.

KQED offered a beautiful memorial for him following his passing last week.

House of the Rising Sun: Sex Mob
Metal Postcard: Siouxsie and the Banshees
The Body of an American: The Pogues
Blue Jay Way: The Beatles

Rip Off: T Rex
He Was A Friend of Mine: Cat Power
Eric B for President: Eric B and Rakim

Hell's Kitchen Radio #405: Are We Not Entertained? 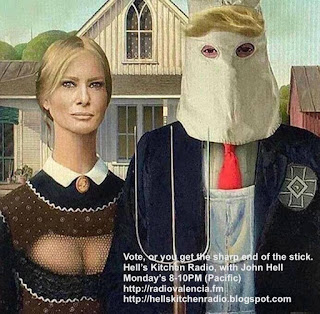 Now that the RNC is over we all need a really good cleanse. That's where I come in. Hell is good for what ails ya. Really though, what can I say that the pundits haven't already said about the shit-show that was the RNC week long mouth diarrhea? Blech!

And now comes the race to the finish line. I picture Trump and Biden running through a grocery store, Trump ahead, and throwing items off a shelf to block Biden from catching up. He throws down old ladies, and shopping carts to move farther ahead of Biden. And Biden finds some way to keep the pace. He's not leaping over any of this though. Biden is pushing the old lady aside so he can catch up to Trump. Biden grabs a chilled salmon and slaps Trump in the face before shoving him into the salad bar.

Who will make it to the finish line first? And in what shape will they be in when they arrive there? How many condiments will their pressed suits be covered in?  And will Dr. Jill and Melania be wrestling nearby? What about Mamala and Mothers-Little-Boy?

And what about the rest of us? November 3rd is only a little over nine weeks away. Are you registered? Get registered! Get your ballot, fill it out, and get it in the mail, ASAP! Or maybe drop it off at city hall? Anyway you choose, VOTE as if your life depends on it, because voting is not only patriotic, it's how we remind those who govern, that they only get to do so because we allow them to. Don't let them take that from us.

Back to the music.

Brand new song from my favorite local post-metal-power-trio, KnightressM1. I thought the last release was good (and it is), but "Lock and Key" is blowing my mind!!! These are three amazing musicians playing at the top of their game. The musicianship is professional, the sound is driving and pulsating, and the production is second to none. Damn, I want to see them live!

I was sent a track by my buddy, musician and producer Travis Kaperbauer, featuring himself and a few friends over at Lucky Recording, with a delightful little diddy: "I Fucked A Republican". I'm sure you'll enjoy it.

There are lots of treats throughout this show, I'm certain you'll find a way to enjoy.

In the meantime, get ready to VOTE!!!

Mongoloid: Devo
Can't Get It Out Of My Head: Telekinesis
Funkier Than A Mosquita's Tweeter: Nikka Costa
I'm Losing You: Rare Earth

Lock and Key: KnightressM1
I'm Not There: Sonic Youth

If you want to take a look at what Travis and team put together to show their love for the GOP, click below and enjoy. 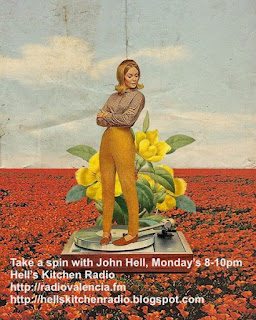 A little bit of this, a little bit of that. I'm not one to really reminisce much, but when it comes to music, it's all about reaching deep to connect the rich past with the progressive future. What does it matter what genre is played, as long as it gets played up against something that just feels right, right? Right.

In my early days of radio, when I was just a green newbie at KFJC, I recall the debate: play nothing but the newest of the new, and the edgiest of the edge, versus the need to add a taste of "accessible" sounds to hold the new music together like glue. I subscribe the view of the latter. If you tune in regularly, than you know that I always enjoy finding something new to share with you. You also know that my library runs deep. I can't wait to play that "classic" you never knew existed, or haven't heard in so many years, you forgot that you loved it.

That's how I roll.

In my most recent show it is indeed about going deep to blend genres and emotions, to take you on an aural journey into the night (I am on 8-10pm after all). New music from Oh Sees and Mikal Cronin, along with some covers that you'll be searching for as soon as you hear it from me.

As always thank you for your support. I really love being able to do this for you, week after week.

On tonight's show, I feature some new music from Bay Area power trio KnightressM1, along with some psychedelic cumbia, some funky jams, and whatever strikes my fancy along the way.

This Land Is Your Land: Sharon Jones and the Dap Kings
Every Day I Have The Blues: Fleetwood Mac

All I Want Is Out Of Here: Daevid Allen
Welfare City: Eugene McDaniels
Oh I Long To Feel Your Arms Around Me: Father John Misty
Satori Pt. 1: Flower Travelin' Band

The Revolution Will Not Be Televised: Gil Scott-Heron
We Don't Quit: Flat Eathers
What A Wonderful World: Louis Armstrong
Posted by John Hell at 3:13 PM No comments: