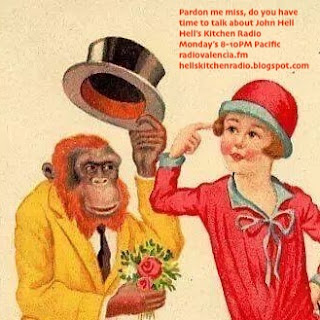 There's something about hosting a thematic special that really gets the juices flowing. I don't know if this was really a special, but I stuck with one genre for the most part on this show. My fabulous daughter, Little Lauson Hell tells me she doesn't like Country music. To which I respond, you just haven't really heard good Country music. Like anyone with musical taste, commercial anything is usually crap, that's goes double for Country, but there have been some real treats in the history of this genre. I merely scratched the surface by playing some of my favorite artists. And it's not hit-heavy as you will see.

And I didn't program this show chronologically. So there.

I hope you find some treats in here. That's the plan, right?

Thanks A Lot: Ernest Tubb
Your Cheating Heart: Hank Williams
It Wasn't God Who Made Honky Tonk Angels: Kitty Wells
Bubbles in my Beer: Bob Wills and his Texas Playboys

Waltz Across Texas Tonight: Emmylou Harris
In My Hour Of Darkness: Gram Parsons
Your Gentle Way of Loving Me: The Byrds