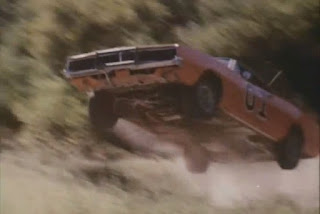 A year ago I did a 1971 show that kicked serious ass. Funny enough I forgot all about it until about a week ago, when I asked myself when that show was. Sure enough it was a year ago this week!

Similar to that show, this one is chock full of rock, progressive, pop, folk, funk and soul. Genres were so distinctive back then. You could hear the influences, but they didn't cross over, like many do today.

By 1972, it's obvious the 60's have been left far behind. Gone are the songs about rainbows and unicorns (except for that song about unicorns and rainbows, by YES). In are the songs about drivin' through the night in your Chevy, your baby by your side, as you're on the hunt for the Devil and the Pusherman.

Almost every track played in the show tonight was off vinyl records. Yes, records. Try not to think about the truly staggering amount of oil that it takes to make a record.

I was also happy to have a visit from KFJC DJ, Dominic Trix. He's a legend, having hosted some seriously fabulous shows at Wave of the West for over twenty years. He knows his music. You can hear us banter about in hour two.

You know you want to download this classic showcase.
Or perhaps it would be more efficient to stream this particular gem.
I know, I know, you want to hear all of my previous show. Who can blame you? Go here, or scroll down.

Gutter Cats Vs. The Jets: Alice Cooper
When My Baby's Beside Me: Big Star
Devil Eyes: Tim Buckley
Things Behind the Sun: Nick Drake

And You And I: Yes
Sweet Jane: Mott the Hoople
Daddy, Don't You Walk So Fast: Wayne Newton
Can You Dance to It?: Cat Mother and the All Night Newsboys

Pusherman: Curtis Mayfield
Get on the Good Foot: James Brown

Am I Losing You: The Partridge Family
Posted by John Hell at 9:56 AM