A Season in Hell #177: Reaching For The Stars 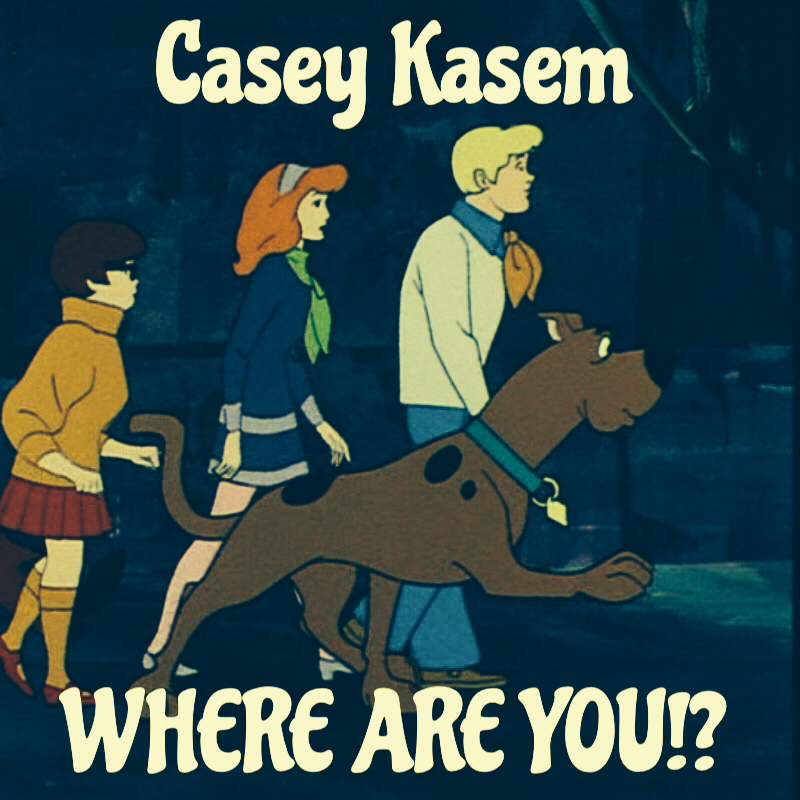 Listening to my show is really great if you have ADD. I don't have ADD, then again it's possible that some people might suggest that maybe, possibly, perhaps a chance, you never know, maybe John Hell has a little bit of ADD. Never been diagnosed! Though as a child I was told that I was hyperactive, I would very quickly find my way to sugar if it was within smelling distance. With that being said, listening my show is also a soothing and calming experience for many. For instance, take tonights show, please (HA!). I was pretty much in the mood for all Jazz, and okay fine, maybe a little funk, and possibly a little soul. But really in the end doesn't all of that kind of fit into the same nice big fat funk box?

And then something amazing happened, the "legendary" DJ Casey Kasem left this mortal coil. He kicked the bucket. He moved off into the outer worlds. So, of course that left me no choice but to present him and the only way that I find relevant, Which is of course to play Negativland.

You see, as a long time noncommercial, underground DJ, I have always found the late Mr. Kasem to be, how should I put this politely, a bit of a turd. Yes, it's true I really do believe that he is one of the major forces of evil, or, should I say was one of the major forces of evil in all of the commercial music industry. So I am not really finding that I miss him. As a matter of fact if anything I'm thrilled. I mean no offense. And who knows what that means? I don't mean any offense to his family or his friends or even his fans, but I will tell you that I really believe deep in my heart he caused more damage for talented and original musicians then possibly any of the owners of commercial media in the United States since the 1970s.

So I interrupted some jazz funk soul programming on my show this evening to pay"tribute" to Mr. Kasem, and hoping that may be the final nail in the coffin for himself and people who feel obliged to believe that they can seriously determine what America wants to listen to. Yeah, keep on reaching for the stars there Casey. As a matter fact get as far out here as you possibly can. Maybe now some real talented and original artists will have a chance to make there own impression on the listening audience without you dictating who should be on top? Say hi to Dick Clark for me.

Stream this funky bit of soul into your consciousness, here.
Download this downbeat into your earholes, here.
Dig all my funky grooves by going here, or just scroll down.