Hell's Kitchen Radio #289: This Could Be The Last Time 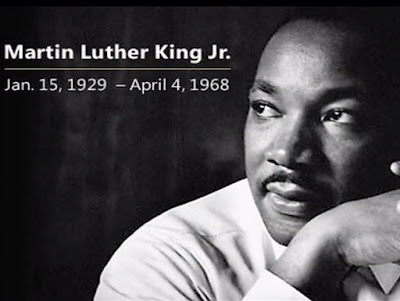 Stream the Tribute, HERE!
Download your chance for greatness, HERE!
Listen into all my shows here.
You can subscribe to my show through iTunes here.

Like my father says "it's always something". And isn't that the truth. Last Monday was MLK Day, and then we had that underwhelming inauguration on Friday. How was your week? How are we going to love and support one another? Do I have a responsibility to make my show more political, or do you just want music and interviews? I'm curious about your thoughts on this one.

As always a mixed bag of what I was into last week. The first hour is a tribute to MLK. I'm sticking with my commitment to play more from my live archive during the second hour. I always tack on the date and location for these tracks. New music from Charles Moothart (CFM), The Blind Shake, and Dead Ending (with a new anti-Trump tune).

If anything good comes out of this new presidency I'm guessing it'll be the onslaught of great punk tunes.

If you wish to contribute to my annual Run for the Lilies contest, you have until Sunday, January 29th to get me your list. Just email me the names of ten famous people you believe won't be alive by the end of this calendar year. The only rule: you may NOT participate in their demise. I'll announce the winner of the 2016 Run for the Lilies on Monday, January 30th.

The White Man's Got A God Complex: The Last Poets
Fight the Power: Public Enemy
Crime To Be Broke in America: Spearhead

Wake Up The Sun: Edward Sharpe and the Magnetic Zeroes
I Loves you Porgy: Miles Davis
It's Alright Ma (I'm Only Bleeding): Bob Dylan

Tommy Gun: The Clash
The Stooge: CFM
I Shot All the Birds: Blind Shakes