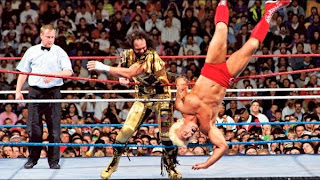 Well we've gone and done it again. Last night Ron Donovan and I hosted ROCK FIGHT 11! At this early hour I'm a bit tired; having hosted a six hour show, interviewed three amazing people, played some of the rip-roaringest rock and roll, put up with Ron, and standing on my feet from about 6:30AM-12midnight.

In our previous 10! incarnations of Rock Fight, the format was all about not repeating an artist throughout the night. Though this proved to be a challenge, Ron and I were always up for the challenge. You see, rock poster artist Ron Donovan, and yours truly, John Hell, have what quite possibly will prove to be the LARGEST LIVE BOOTLEG COLLECTION IN THE WEST! Really, I stake my 25+ year radio reputation against that claim. We're junkies for the live rock 'n roll, and we want to share our problem with you.

For Rock Fight 11 we changed up the format a bit. Instead of it being a plethora of fabulous finger picking and hellacious head banging from many, MANY bands, we would do 30 minute blocks of a featured band. The set list below includes the song/artist/date/location and who selected the tune (JH=John Hell, RD=Ron Donovan).

We had some special guests in the studio, as always. I want to thank Bassy Stacy and Amy Ace of the all-female KISS cover band, KISSER for stopping by. I've been a fan of Stacy since she was in the Kinks cover band, The Minks. KISSER is amazing! This is the band we've all been waiting for. Listen to the interview and you can hear for yourself how enthusiastic they are about "their" music and the gigs. You have got to see them live. In the meantime check out their YouTube channel. 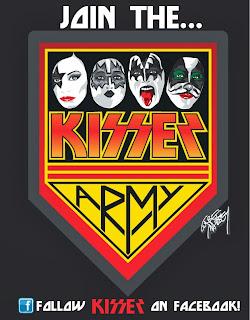 Even Steffan Chirazi of "So What" the official Metallica fanzine did a set. And what a set it was! He came by to talk about the recent Metallica show in ANTARCTICA! What the what?! Awesome! Steffan is a talented and experienced journalist, so interviewing him is always a blast. You have got to hear his story about Axel Rose. You may remember Steffan from the show he and I co-hosted back in May, following the passing of Margaret Thatcher. Take a listen.

Last night he brought some tasty tracks from the Antarctica set, as well as a few other juicy tidbits.

The banter was brilliant at times, and other times I was losing track of Ron's technical DJ errors. HA! That, and he talking away from the mic, and I wanted to hit him over the head with the turntable more than once. How I love that hobbit-wizard of the ink pulling world.

We'll do it again in June. Until then...

You can download all the delightful delicacies here.
Feel free to stream this into your noggin here.
You can check out all of my shows by going here, or just scroll down.

I'm taking a few weeks off for the holidays and heading to South Island, New Zealand! I can't wait. I'll see you all in January. Have a great holiday season, and get well rested and prepare for a kick ass 2014, with more of A Season in Hell, with John Hell on the greatest radio station west of East Rutherford, NJ, Radio Valencia!