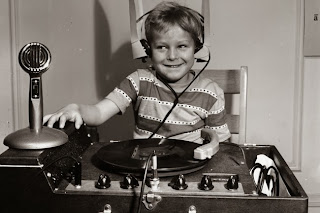 It's that time of year when the sun goes down earlier, the air gets a bit chillier, and DJs from around the world try to claim that they have what is the absolute BEST music of the year to share with you.

I'm listening to new music all of the time. There are times that I'm looking at my music library, and I wonder just when I'll listen to any of that "old" music again? And when I say old, I mean from last month. There just aren't enough hours in the day. Am I right? I can't wait until I'm too old to do anything by listen to my music. Then I'll hire some hot nurse who'll have to bathe me and put records on my turntable. That's the life.

In the meantime enjoy this collection of fine tunes from 2013. We've got many local talented groups that deserve your attention like Thee Oh Sees, Rin Tin Tiger, Y Axes, Vandella, Mikal Cronin, KalriSSian, Bears! Bears! Bears!, and my favorite "local" band, The Melvins.

Two hours is just not enough time to play all of my faves from 2013. I suggest you tune into Radio Valencia throughout December to check out the many "Best of" shows that are going to cover the airwaves like a warm that sticky film of fat that covers the turkey the day following a good feast...or something like that.

To stream my Best of 2013 show, go here.
To download it, and give it as a gift, go here, and then burn it onto a CD. You know what CDs are don't ya?
To hear all of my Best of shows, go here.

Half of a Century: The Delphines
Haunted Now: Rin Tin Tiger
Shout it Out: Mikal Cronin
Fuck you Cop: Birdcloud