A Season in Hell #143: My Musical Meanderings 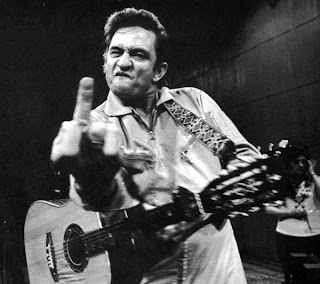 No, my show is not genre specific. You've figured that out already, yes? Last week it's all jazz, the week before it's hard rock. This week I'm in the mood for PUNK! Fuck off!!!!

Why Punk? I don't have to tell you!

OK, I'll tell you. But I'm only telling you because I think deep down you'll understand. I'm willing to bare my soul to you. I'm willing to take the chance that you won't laugh at me, and ridicule me, or point and laugh.

There, are you happy now?! Good.

I was born in 1970. I was raised on jazz and blues of the 50s and 60s, as well as the classic rock of the 70s. By the age of 8 I was into KISS. They were my first favorite band. At that age you're only allowed to have one favorite band. It's a law or something. When I was 10 I fell in love with the Beatles, but I felt sooooo bad for admitting to myself that I liked them more than I liked KISS. It was not the friendliest of break-ups. I'll admit, if there were cell phones back then, I would have texted the break up to KISS; I was so ashamed. By 12 I "discovered" Led Zeppelin. Oh damn, now what was I going to do? I still wonder where this KISS poster ended up?

All this time my dad is playing John Lee Hooker, Muddy Waters and every artist the Blues Brothers covered, in our home, as well as Bo Diddley and Chuck Berry. My sisters (6 and 7 years older than me) were playing the rock of the day (Eagles, Boston, Bob Segar) as well as playing American Bandstand every Saturday. I preferred Soul Train even at an early age.

I used to lay by my speakers with a tape recorder and pretend I was a DJ and back announce all of the songs I would play on the stereo. I wish I still had those tapes. I once hid a tape recorder on the stairs leading to our living room, and taped the family hanging out watching Saturday morning cartoons. I REALLY wish I had that tape today. I probably taped a Grateful Dead concert over it.

And then there's the Dead. I got into them around the same time I got into Zeppelin. I think it was the iconography. It looked so dark, weird and trippy. Like many others, I thought they would be a metal band. I was slightly disappointed when I found out they weren't. I was hungry for something more at this point in my musical journey. Having moved as much as we did (once a year between the ages of 5 and 15; three different states (four if you consider SoCal and NorCal two different states)) I found that I got bored very easily. Music needed to change to really move me.

The Grateful Dead really moved me. I won't get into it here, but their meanderings took me on some amazing journeys. What they didn't do for me however, was drive the teenage angst energy out of me. They mellowed me and made me want to shimmy and dance. I still love them. But I always need something more.

I had always listened to The Clash and The Ramones, but really didn't have a penchant for the wider variety of Punk until I was about 14 and in high school. It was there that my friend Etienne and I started to listen to Metal together. Judas Priest, Iron Maiden, Dio. As a matter of fact, my first "official" concert was November 30, 1984 at the Oakland-Alameda County Auditorium (where the Warriors play basketball) to see Dio (Last in Line) and Dokken (Tooth and Nail). I was 14. I wore my jean jacket. I was afraid the guy next to me, who asked us to save him a seat in exchange for smoking us out, would share a heroin-laced joint and I would be dead before the show even began.

My love for KISS helped for the easy transition to Metal, but it didn't last too long. I still really love Metal, but it was Punk that really spoke to me. Metal spoke of fantasy characters in a fantasy world. Punk was political! Politics was always spoken about in my home. My parents didn't shy away from their negative feelings towards Reagan. The Punk movement was political. I was drawn to it pretty easily.

Starting at KFJC in the fall of 1988 also helped. The Wave of the West is a bastion of musical knowledge; especially that of all-things-alternative. This was before alternative was a genre (thank you very much Nirvana). Punk didn't get me angry. It made me happy! It made me feel like I wasn't alone in my thoughts against the state. It made me feel like my generation wasn't as lost as many thought we were. And the lyrics were hilarious, inane, intense, intelligent, ridiculous.

Being a Deadhead and a Punk isn't as far apart as it would seem. If you like the Dead you pretty much are open to anything, considering how many people DETEST the Grateful Dead. The same could be said for Punk. Though I think more Deadheads like Punk, than Punk likes the Dead. It's all good.

There's not much difference in the spiral dancing of a Dead concert, and a mosh pit at a Punk show. Both are ways of sharing energy. Is one more aggressive? Perhaps, but all good-natured. Even at Punk shows, if you fall down, more often than not there's a hand there to pick you up and get you moving again.

If I've learned anything through my musical journeys, it's that life is all ONE. The mystical, magical ONE. Whether it's Punk, Funk or Junk the musical odyssey that takes us through life is all based on how open we are to the meanderings of the road. I'm truly blessed to have a diverse music library as I do. You're just as likely to find a Black Flag LP in my collection as a Johnny Cash (he's Punk as fuck, btw).

As for tonight's show, it's all punk. Why? I just told you why! Sheesh.

Show Me The Way: Dinosaur Jr.
Goin' Up The Country: Three Stoned Men
Stars and Stripes of Corruption: Dead Kennedys
I Wanna Get Rid of you: Psychotic Pineapple

Out of our Tree: The Mummies
Glorious: Polkacide
Sweat Loaf: Butthole Surfers 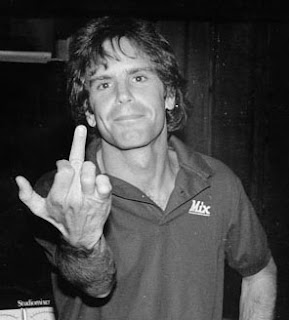