A Season in Hell #97: Catch A Rin Tin Tiger By Its Tail 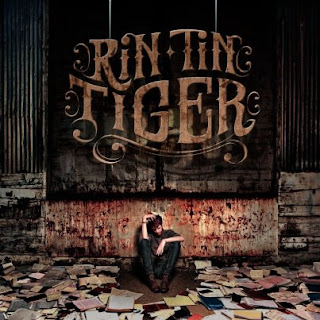 Like many of you who live in San Francisco, I like to take advantage of all the free goings on in our fair city during the summer months. One of my absolute favorite things to do is Sunday Streets. This year, they were kind enough to allow the Mission to host four Sundays-worth of events. Lucky us.

At the beginning of July Radio Valencia broadcasted from in front of Stage Werx from 11-4. We had ten DJs, myself included, host 30-minute sets. I cannot convey to you the amount of pleasure we had hanging out in the streets with everyone. What a blast. My ladies and I walked around for a bit to take in all of the non-car-related ambiance. So many great local shops hawking their wares on the sidewalk, and live music in the intersections.

One of the bands, whom I've seen out there on previous Sunday Streets' was local alt-folk trio Rin Tin Tiger. Formerly Westwood & Willow, these homespun characters create a magnificent stew of unique musicianship, that also carries some of their influences, including Bob Dylan, Nick Drake and Morrissey. They've been playing a lot around the Bay Area since 2010, and released an excellent self-titled 6-song EP in 2011. Their first full-length release, "Toxic Pocketbook" is due for release this Thursday, July 26th. Their having a CD release party at Great American Music Hall that night. Go check them out.

Tonight on my show, I'm pleased to have Rin Tin Tiger in the studio, talking about the upcoming show, the new CD, their own style of alt-folk in a town known for punk, funk and junk.

Lots of new-ish music before and after the interview, along with some live, tasty treats in the second hour.

You can download this show, and glorious interview, here.
You may stream this program any time you wish, here.
Perhaps you desire to listen to some of my previous programs. If this is so then you can either scroll down, or click here.

Do It: Rollins Band
In My Bed: The Orwells
(Gone) 'Round the Corner: Assemble Head In Sunburst Sound