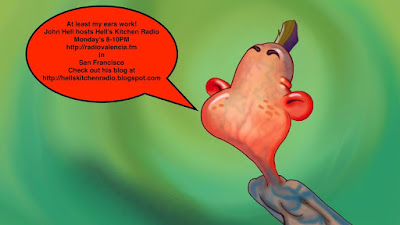 If there is something I detest, it's when I hear a disingenuous commercial DJ, who claims to just LOVE the new Foo Fighters. Really? You love the new Foo Fighters do you? Really? Really? No you don't. And if you do, then you either have absolutely no taste and no life, or so deeply consumed the Flavor Aid (yes it was Flavor Aid at Jonestown NOT Kool-Aid) that you cannot see the damage all those years under the corporate thumb has done to you. Get out while you still can.

I invited a top local commercial rock DJ to come on my show a few years back, under an assumed name, to play the music they would love to play during their day job but cannot. They turned me down, claiming that they have no need to because they just LOVE The Eagles! I think they were being honest. Poor bastard. 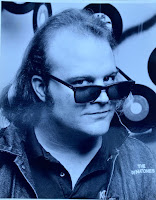 Starting in 2007, I was lucky enough to recruit the late, great Michael "M-Dung" Slavko to join me on both FCCFreeRadio and then at Radio Valencia. He took me up on both, knowing that he would have a chance to take his professionally-honed radio chops and push it to the edge on a non-com. Dung is the number one reason I found myself hungry for a radio career. His morning show on KFOG (when that station had BALLS) was stuff of legend back in the 80s, pre-Stern and the vomit-laden Shock-Jock radio era. Dung Boy was much too classy for that crap. This year Dung was inducted into the Bay Area Radio Hall of Fame. You are dearly missed, Dung Baby. B-DAYYYYYYYYYYY!!! 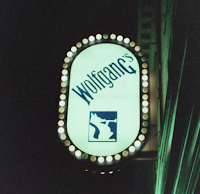 One more note about Dung, when I was 16 I got into Wolfgang's nightclub in North Beach, owned by the late rock promoter Bill Graham (his birth name was Wolfgang). Dung was hosting the weekly "Sunday Night Idiot Show" there on this particular night. He featured a Dung sound-a-like contest that evening, and I jumped at the chance to show him my Dung-ness. I didn't win, but he appeared to be pretty impressed with my impersonation, as well as my ability to get into a 21+ club at the tender age of 16.

I don't play The Eagles on my show.

I do feature a Velvet Underground set (two covers and Lou solo), newish Boss Hog and Qui, a harrowing tale from Spiderman, and more Bongwater than you can gurgle. Or is it gargle?

Ooh, I'm also gearing up for my 8th annual Annual Annual in November. Which year will I cover? Tune in and find out. I'm also considering a Ty Segall special. This guy releases something new every time I sneeze.

Anyway, this one is for all you classic rockers who need to go back to school.

Want to check out the sounds of Dung? Check out the audio-only clip of mic breaks from a classic Sunday Night Idiot show below.