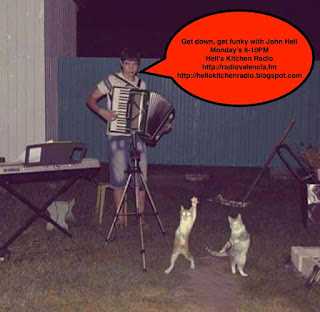 Download the Trial By Fire HERE!
Listen into all my shows here!
Subscribe to my show, via

I try to please you too much. Sometimes I work to please you so much, it hurts. I overthink what I should or shouldn't play, because I don't want to lose you. Sometimes I take a risk, really wanting you to love a song, and I see that you left, and it really breaks me up inside, so much so that next time I see you there, I never even touch that track. It's like the electric third rail kinda thing. I just stay far far away from that. Too risky.

Then I start to think to myself "self, these people are tuning into you because they are really interested in what you're going to play. Go ahead and take that risk. Some may leave. Don't choose songs for the one's who leave. Choose for those who stay. Tonight's show is for those who stay. All tracks, but a couple, average roughly 8 minutes in length. Some jam out pretty far. I don't suggest you multitask while listening.

I pay tribute to the Queen of Soul, Aretha Franklin in my last half hour, with a selection from a fantastic show from 1971. RIP Aretha, and thanks for sharing your soul, your passion, your life with us all.

Radio is an artform. I get two hours a week to paint an aural picture for you. For this show I'm using a few pretty broad strokes. I hope you enjoy.

Next Monday, August 20th, 8-10PM (PDST), guitar gunslinger, and all around good guy, and my brother from another mother, Eric McFadden will be in the studio with me, celebrating the annual Steel Bridge Songfest. We'll feature two hours of supreme songwriting from such luminaries as pat mAcdonald, James Hall, The Legendary Sons of Crack Daniels, Craig Greenberg, Barrett Taskey, and many, many more. Steel Bridge Songfest is an annual week each June, of songwriting, culminating in four days of live performance, every June in Sturgeon Bay, Wisconsin, as a fundraiser to keep the old Steel Bridge standing.

As a kid in the 70s Aretha Franklin would often be heard playing around our home. But what comes to mind most often is this scene from the classic 1980 film, The Blues Brothers, where she confronts Jake, Elwood, and her "husband" Matt "Guitar" Murphy. Don't mess with the Queen.