Hell's Kitchen Radio #311: A Love Letter To You 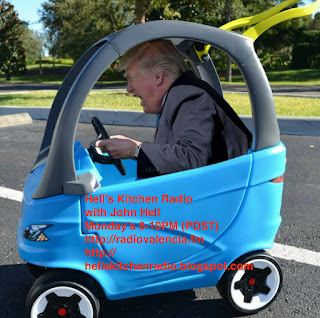 I took off for a mid-week trip after this show. This is why you are seeing it so late in the week. That's just the way I roll.

No special on this night, just some fine tuneage. And just take a look! I was obviously looking to mix it up a bit. These sets are totally worth your time to check out. You know you want to. Right? RIGHT?!

New music from The Melvins and King Gizzard and the Lizard Wizard. A brilliant cover from Camper van Beethoven (thanks Doug), some metal, a couple 1967 leftovers, some psych, some glitter-pop, a few choice covers, and a David Lynch tune to boot!

A few specials I have in mind for the next few months include a covers special, and my third John Zorn special to soothe your earholes.

Tune in Monday 8-10PM (PDST) for another tasty treat on Hell's Kitchen Radio.

Give It To Me: The Melvins
Interstellar Overdrive: Camper van Beethoven
I Have A Radio: David Lynch

Han-Tyomi and the Murder of the Universe: King Gizzard and the Lizard Wizard
En Gang Om Aret: Dungen

Burning Spear: Thee Oh Sees
Sticks and Stones: Jo Jones
Can You Get To That: Funkadelic
Albuquerque: Josh Tillman

ACDC: Sweet
Being For the Benefit of Mr. Kite: The Beatles
Let's Go Hunt for Grandpa: Goober and the Peas

Hate the Police: The Dicks
Posted by John Hell at 10:00 PM