Hell's Kitchen Radio #290: You'll Never Get Out Of This Life Alive 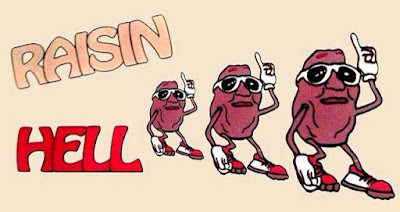 Stream the Spectacle, HERE!
Download the Love, HERE!
Listen into all my shows here.
You can subscribe to my show through iTunes here.

Radio should be hosted by people who understand what it takes to create an aural spectacle, leaving you in awe and wanting more. Tonight was about me appreciating radio as such an art form. It's all about the segue. New Savage Republic in the first hour. Tribute to the late Maggie Roche who died January 17th. Also a tribute to the founding bassist of Can, Jaki Liebezeit, who passed on January 22nd.

The second hour features live tracks from The Blind Shake, The Tubes, and Mountain. It rocks. There's no other way to put it.

If you love music, or know someone who does, then why aren't you tuning in every Monday night 8-10 on Radio Valencia? You are? Good on ya! Spread the love and share this post. Thanks in advance.

This coming Monday night I share with you the winner of the 2016 Run For The Lillies contest. And what a list they had. It's possible they cheated. Thanks to all who sent me their list of ten famous people they believe will kick the bucket by 12/31/2017. Since I wasn't on the air this past Monday, I'll give you until this Sunday, February 5th to email me your list. Send it to mrjohnhell@gmail.com

Victory/27 Days: Savage Republic
Pushing the Extreme: The Wipers
I Put A Spell On You: Screaming Jay Hawkins

Side One of Apostrophe ('): Frank Zappa

It doesn't get much crazier than this right here: Bongwater and Screamin' Jay Hawkins, with Bob Weir introducing them. What the what?!?!?!?