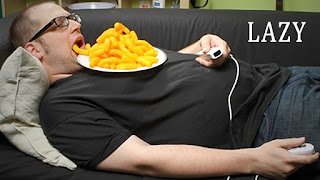 OK, I've got to be honest with you. After all, you've been here with me, week in, week out for all these long years. How could I ever lie to you? Actually, that's not very difficult seeing how I don't ever actually look you in the eyes, and they say you can really tell if someone is lying to you by looking them straight in their eyes. My older sister used to tell me that my pupils were dilating if I was lying to her. I think that was a lie, come to think of it. Huh.

Anyway, this show was from October 10, 2016 and I never took the time to do a write up and post it. how very rude of me. You take the time to listen to my show, the least I could do is take some time and post the archived podcast of it so you can download or stream it over and over again. I know that you are just dying to have this on your hard drive so you can listen to my voice and choice of music years after the apocalypse. And why not!? Good for you!

So it may already be April 2017, but damnit this show is just too good NOT to share! I can't recall what I spoke about on this night, but looking at the playlist below it looks pretty tasty.

By the way, I have plenty of other shows I have yet to post. I really do need to do something about this lazy streak I have in me.

I Love Living in the City: Danko Jones
Get On The Goodfoot: James Brown
Crack in the Universe: Wayne Kramer
She's the One: The Ramones

On Nature: Naked Lights
You Were Right: Built To Spill
Posted by John Hell at 9:55 PM