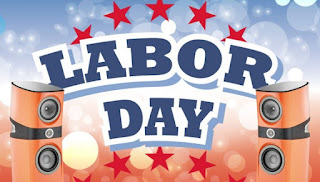 Stream The Holiday BBQ, HERE!
Download The Power of Labor, HERE!
Listen into all my shows here, or just scroll down

Are you getting educated about the upcoming election? It's not just about Hil and the Donald. There are so many propositions on the Cali ballot that it makes my head spin. Legalize Weed? Ban the death penalty? You better get reading, kids. And please be sure to vote this November. I'll be talking up the election during my last show in October to get you all ready for it.

Until then, enjoy this deep dish of labor delights from yours truly, Hell's Kitchen Radio, and Radio Valencia.

On The Road Again: Jack Broadbent
The Revolution Will Not Be Televised: Gil Scott-Heron
Tommy in 7 Minutes: Various Artists

She Watch Channel Zero: Public Enemy
Let It Down: Edward Sharpe and the Magnetic Zeros
Heart of the Sunrise: Yes