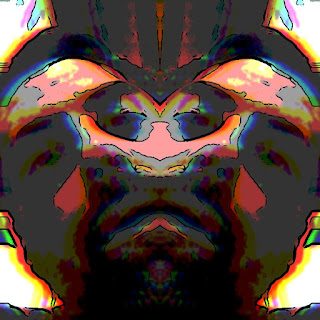 Stream your respects, HERE!
Download your audio memorial, HERE!
Listen into all my shows here, or just scroll down

Are you serious?!?!? How many does this make now, something like a bakers dozen? Do we get a prize if we hit 20 by March? What's the deal with all this celebrity death? And it's all the good one's too! Of course many of our recent passers-on probably shouldn't have made it out of the 1970s, so it's no wonder they're all drifting off of this mortal coil in their 70s, but still...

Last week we lost two more solid statesman. Maurice White, the founder of Earth Wind and Fire; and Dan Hicks, drummer, singer and songwriter of, who were to be considered the FIRST of the true San Francisco psychedelic bands, The Charlatans, and of his own band Dan Hicks and His Hot Licks.

I did a tribute to both on this evening. They are labeled for your convenience.

There's some new music from local rockers Older Sun, and Texas ass-whoopers, Honky, featuring Butthole Surfers' bassist J.D. Pinkus. Both are off of brand spankin' new 7" 45s on Valley King Records. I got both, and many more at Thee Parkside last weekend watching Dale Crover's side project Altamont.

So who's next on the list to go? I got a good amount of lists for my (not always) annual Run for the Lilies, and so far no one mentioned has passed away. No one had Antonin Scalia, but I'm pretty sure not many people I know will miss that guy too much. And he didn't record any songs that I cared for anyway.

Keep on keepin' on, fly like an eagle, and let choice be your voice.

Afterburner: Boris
Do It: Rollins Band
See You In The Boneyard: the Flesh Eaters

Notes and Chords Mean Nothing To Me: the Monkeywrench
Ungowa! Victims Family
Posted by John Hell at 10:00 PM