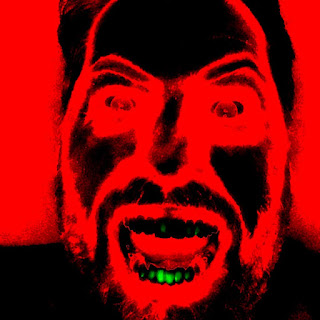 Stream the Tiger, HERE!
Download International Psychedelic sounds, HERE!
Listen into all my shows here, or just scroll down

I can't recall what it was that inspired me to want to play a bunch of international groups tonight, but you can thank me later. The first hour features groups from Egypt, Nigeria, Turkey, India, Mali, and Jamaica. it's got a funky beat, and you can get down to it. 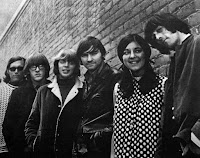 The second hour features a tribute to Paul Kantner, the founder of Jefferson Airplane, and Signe Anderson, the first female lead singer of the same group. They both died on January 28th, both at the age of 74! I'm guessing they had some sort of death pact. I find it interesting that the JA homepage makes no mention of the fact that they both died. Hmm. I play a couple of live JA/JS tracks, and you have just got to listen to how high Grace Slick is during the Wooden Ships track from 1970. WOW!

There's some new Melvins near the end, as well as Dale Crover-led Altamont near the beginning of the second hour. Altamont is headlining a Valley King Records showcase at Thee Parkside this Saturday night. You have got to be at this show!!! Look, I ended that last sentence with three (count them) exclamation marks! That means I'm triply serious about you being in attendance. Honky was supposed to be there in support, but had scheduling conflicts, so Dale's other side project PORN will play, along with Older Sun. This promises to be a great, and rockin' show. See you all there. Follow the links for more info. Alan Forbes did an amazing poster for the show, and Justin McNeil of Valley King/Secret Serpents announced that split 7"s will be available at the show. GO TO THIS SHOW!


You have until this Friday, February 5th to email me your Run for the Lilies 2016 list of 10 famous people you believe will be dead by the end of 2016. Email me at mrjohnhell@gmail.com Winners will be announce in January 2017, and gifts will be awarded soon after. GET THOSE LISTS IN!!! (see, three exclamation marks)

See you next Monday night, where I may or may not have a special guest and tickets to give away.

Everybody Get Down: Asiko Rock Group
Express Yourself: NWA