Hell's Kitchen Radio #247: Not Out Of My System Yet 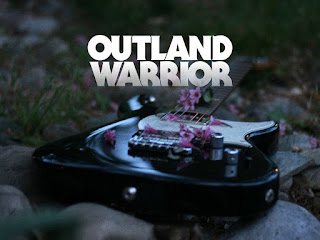 Stream new sounds going down, HERE!
Download quality art, HERE!
Listen into all my shows here, or just scroll down

Such a super fun show tonight. Two things I love to do on the radio: interview talented musicians, and share rare music I search high and low for. Tonight you get the best of both worlds.

In the first half hour I had the pleasure to interview a very talented musician and songwriter, Manny Manriquez. Manny graced the airwaves on my show many moons ago, when I was on San Francisco Liberation Radio, while he was fronting SF's Ludovico's Technique, a great local rock band. Manny (or Manslice, as I like to recall him) moved out to Washington D.C. a few years ago, and has slowly been making his way back into the music scene. His new solo project, Outland Warrior, has some serious promise to it. The track he shares on the show tonight was inspired by author Neil Gaiman, one of my all-time favorite authors; so I'm not bias or anything. Really though, once you hear the tune, you'll agree it takes you on a journey. This should be the beginning of something big for Manslice and Outland Warrior. 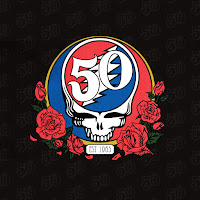 To close out the show, and the year (I'm taking next Monday off to see Dead and Co.), AND to give one final celebratory farewell to the 50th anniversary of the Grateful Dead, I chose some brilliant live Dead performances over the years to share with you all. Eight tunes in 90 minutes. Hey, that's a lot for this band. I have the dates and locations posted in the playlist below.

Thanks for tuning in this year. Ever since I was five years old, listening to the family radio at home, I knew I wanted to be a radio DJ. I've been doing a radio show in the SF Bay Area since I started interning at KCSM in San Mateo in the fall of 1988. My nine glorious years at KFJC (88-97) was the most exceptional musical and broadcasting experience my young self could have asked for. Being involved in numerous underground/micro/internet stations has continued to challenge me to make the most of my art. And radio is indeed an artform. I don't know what those clowns in commercial radio think they're doing to benefit anyone, but I can tell you that the fine folks at Radio Valencia really understand what it means to take an empty two-hour canvas and fill it with aural colors that enhance the senses in a myriad of ways. I'm lucky to be here.

Upon my January return, I'll have local club DJ RasCue in the studio to funk it WAY up. You are not going to want to miss this.

Happy holidays. See you on the radio.

Fairytale Of New York: The Pogues

The King of the Dreaming: Manny Manriquez