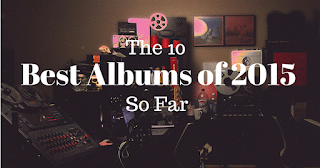 Stream the Best Thing EVER, HERE!
Download recent greatness HERE!
Listen into all my shows here, or just scroll down
Subscribe to my show, via

We're half way through the year, so how about we check in with the great music we've heard so far in 2015? Tonight's show is all about new releases, and a few re-issues that caught my eye. Check out the amazing Hawkwind cut in the second hour. New music from LA bands Wand, Thee Oh Sees and Ty Segall, as well as some sizzling tracks from Bay Area groups Rin Tin Tiger, Tiger Honey Pot and Queen Crescent.

If you like what you hear, then go out and support these bands by purchasing their vinyl or MP3s. And for Christ's sake, go see them live!!!

And continuing with my celebration of the 50th birthday of the good ol' Grateful Dead, there's a sweet treat at the end of the show for you. Check out the playlist below, and please share with your music-loving friends.

When You Feel It, Grunt if You Can: The JBs
Mr. Time: Koes Barat
Lupine Ossuary: Thee Oh Sees

Mirror of Illusion: Hawkwind
When You're Smiling and Astride Me: Father John Misty

Hold You Down: Rin Tin Tiger
Bride of Crankenstein: Melvins 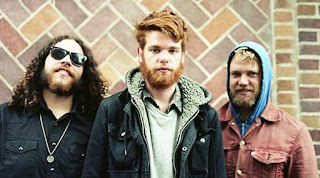 Stream Local Stars HERE!
Download the past into your future HERE!
Listen into all my shows here, or just scroll down
Subscribe to my show, via

Local stalwarts, Rin Tin Tiger made their way back into Hell's Kitchen last night, to talk up their new release,  their third full-length in three years: "Burial Grounds", and their record release party, set for this Friday night at The Independent, in SF. It's always a pleasure to talk them, up, but even more so since they brought their drummer Andrew, along for the ride. The first 40 minutes or so we're talking music writing, business, and road stories.

Little Lauson Hell was also in the kitchen for last night's show. It's summer, so she has time to hang with dad on a Monday night. She chose a few tasty treats for your ear holes. Take a listen or she'll cry, and you don't want to make a 10 year old cry, right?

I can't believe we're half way through the year already. There has been no lack of fine releases, and I want to share what I've enjoyed so far.

Go see Rin Tin Tiger this Friday, and then head over to Phono del Sol Music Festival at Potrero del Sol Park in SF on Saturday. It's a great lineup, with food trucks too!

Revolution: The Beatles
We Are the Champions: Queen
Like A Surgeon: Weird Al Yankovic
Nothing's Gonna Change My Clothes: They Might Be Giants

Planet of the Apes: The Mummies
He Was A Big Freak: Betty Davis
Miss You: The Concretes
Take A Letter, Maria: RB Greaves