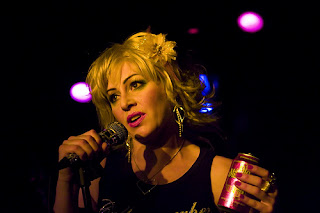 Shake up the stream HERE!
Download your dietary concerns HERE!
Listen into all my shows here, or just scroll down
Subscribe to my show, via

Patsy, Cooter and Haskel McDonald from Shake Well broke down on the side of the road and joined me in the studio Monday night. They've been touring Tanzania and Namibia, and have found that being back in the Bay is a bit of a culture shock. Listen to them share their road stories, living in a van, cooking on the hot pavement of Zaire, and inter-band relations (they're all related, so it gets a bit funky).

Much of the music tonight comes from deep in my music library. But isn't that the way it is week to week? That's why you tune in. Also, BROWN appears to be some sort of theme tonight. I can attest to it not being on purpose. Seren-typical as Michael Vav would say.

Some Velvet Morning: Vanilla Fudge
Bottle Up and Go: The Monkeywrench
Ode to Scientology: The Evangenitals

I Get A Kick Out Of You: Tony Bennett
Posted by John Hell at 2:06 PM