Hell's Kitchen Radio #218: For Your Consideration 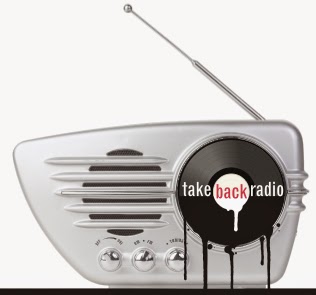 Stream what REAL radio sound like, HERE!
Download the show commercial radio doesn't want  you to hear, HERE!
Listen into all my shows here, or just scroll down
Subscribe to my show, via

Radio is an art. I don't care what any of those fascist general managers say, who wouldn't hire me back 2000, even though I already had 12 years experience AND a BA in radio broadcasting, saying that I was "over-qualified", and it's too difficult to "mold" college DJs into the sheep that they need to hawk their wares on the commercial spectrum. Whatever. I'm not bitter, even though my plan was to eventually become a GM, and change the format to be freeform, and actually give the hosts more power in programming decisions, possibly ostracizing the advertiser.  It's all good.

I actually thanked the music director from KLLC-AliceFM when she told me that the person I was filling in for was coming back from maternity leave...after a year, and they actually never telling me that I was filling in for anyone. I thanked her for opening my eyes to how absolutely lame commercial radio is. I thanked her for the opportunity to play the music to the lowest common denominator, basically making me some kind of Big Brother to the listener, who will follow my every lead, showing them the light, and teaching them what is, without a doubt, the most important and relevant music of the day. I then proceeded to tell her that in no way would I EVER spend another moment in a commercial radio station studio. I told her that radio is supposed to be an art form. That radio is about the segue. Radio is about challenging the listener. Radio is about finding music that is relevant. Radio is NOT about playing the same song over and over again. I can understand how a child enjoys hearing their favorite song replayed over and over, but similarly how our pallet opens up as we age, first loving milk chocolate, then indulging in dark chocolate, music appreciation should be the same way.

Why are we insulting our listeners? If I hear one more Eagles song, I'm going to shoot myself.

Want to check out what  REAL playlist looks like? See below. Take a listen too. There are a few "Easter Eggs" embedded within. Also, I'm starting to mark what I consider to be "BEST SET" of the show, based on song selection and segue.

Floating Head: Wand
Are you There?: Mono
Oil: Jonny Greenwood (There Will Be Blood SDTK)
Mercy Seat: Nick Cave and the Bad Seeds