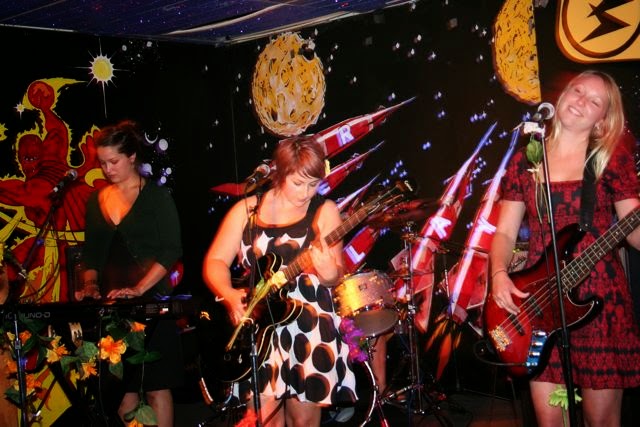 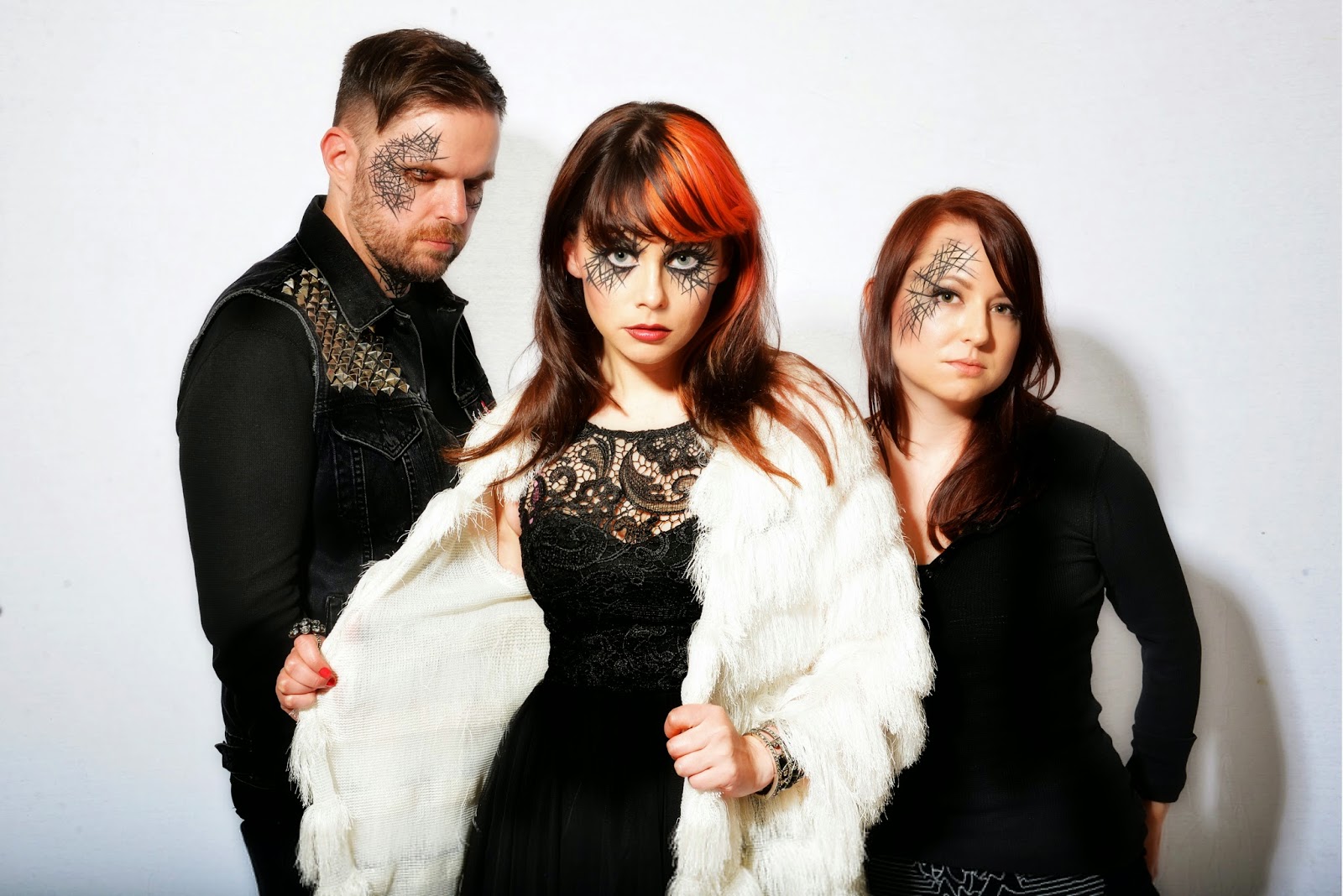 Stream two bands for the price of one, HERE!
Download creativity, HERE!
Listen into all my shows here, or just scroll down
Subscribe to my show, via

Tonight on the show I had two, count them, TWO local bands in the studio. In the first hour, Erin, from the Oakland trio The Hot Toddies came by to talk up her band's 10th anniversary show happening this Saturday night at The Fillmore. They're a surf-pop band, with some rather bodacious lyrics. Erin had some fun stories to tell, and I know the upcoming show is going to be a hoot.

In the second hour Rebecca and Mike from Happy Fangs stopped in to talk up their show, also this Saturday night. They're headlining at Rickshaw Stop. Hmmm, which show to go to? If you haven't heard Happy Fangs yet, then you MUST listen to this interview. Rebecca was having nothing of what I was serving up. OUTSTANDING! She served up some delicious Hell to this here host. Their brand spankin' new release, Capricorn, dropped a couple of days ago. Check it out.

I asked both bands a favor. One said maybe, the other a resolute NO!

It's all about supporting live, local music. Stop being boring and go to a show this weekend. I'm going to see my man-crush, Ty Segall at the Great American Music Hall on Thursday night. It's the first time I've ever seen him, and I'm really pretty giddy about this. As much as I really want to get in close, because he's very physical on stage, I also want to be in that sweet spot in the middle of the room. What to do, what to do? On Saturday night, I'm going to miss seeing both of my guests, and head up to Terrapin Crossroads in San Rafael, to see Phil Lesh's new band Communion. I wonder what they're going to play? Also, this room has got to be the BEST sound room in the Bay Area. And why not? Phil has the money and the musical acumen to create the very best.

Ah, for the love of live music!

Stop being boring, and go have fun.

High in a Flat: Bevis Frond