Hell's Kitchen #200: Give Myself A Pat On The Back 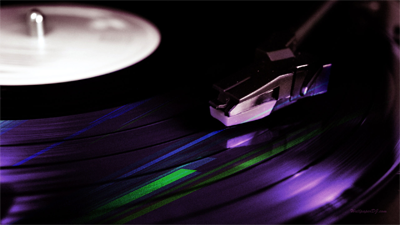 Stream massive amounts of aural pleasure into your earholes.
Download musical awareness into your psyche.
Listen to all of my shows here, or just scroll down.

If I've said it once, I've said it a million times: radio is an art form. It's the art of the segue. It's knowing what song to play next to another. I've been at this game for over 25 years, and I still surprise myself from time to time. Tonight was just special moment after another, when I get to remind myself why I love radio so damn much.

Sometimes I'm guilty of playing a preferred artist a bit too much from week to week (see Melvins, Ty Segall), but hey, what can I say, if they made crappy music then I wouldn't play them so often. As for tonight, I went a little deeper into my vault for some artists who haven't come out to play in many a blue moon. We've got your holiday tunes, a few requests, some Americana, garage, proto-punk, and jazz-funk.

There's something for the whole family to enjoy.


Next Monday night, December 22, from 6-midnight, it's

Ron Donovan and I take over the "airwaves" for six rockin' hours full of blitzkrieg and bop! Ron and I have the nations largest combined collection of live bootleg material, and twice a year we love to share it with you.

We have GUESTS as well, including Steffan Chirazi, the official Metallica fanzine writer/editor for "So What"; John Karr, local sound engineer; bands, and malcontents-a-plenty!

We may even have some special surprise guests and giveaways for you too!

See you on the radio!

Let's Get Funky: Jack O'Fire
I'm In Your Mind: King Gizzard and the Lizard Wizard
Steps: Meatbodies
Music For A Film 1: Ty Segall

I Don't Give a Fuck Where the Eagles Fly: Moistboyz
CCTV: OBN IIIs
Lonesome Train: Robert Gordon with Link Wray
Shake It Off Parody: Six13
The Next Big Thing: The Dictators

Shut Up And Dance: Pearl Harbor and the Explosions
Shitload of Kissin': New Duncan Imperials
Now I Want to Sniff Some Glue: The Ramones
Who Says?: Richard Hell and the Voidoids
Hey Little Girl: Dead Boys