A Season in Hell #83: Radio Valencia: Get on the Bus 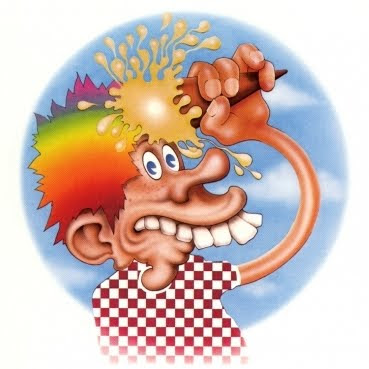 40 years ago this week the Good ol' Grateful Dead embarked upon a mythical tour of Europe that would be encapsulated in a three LP set, "Europe 72". I've had this vinyl since I was a wee lad, and pretty much wore all three LPs out within a year of owning it. Thank God for CDs.

I started collecting bootlegs in the early 80s, and the Dead were the main band I searched for. This was long before the internet. I remember looking in the back of Relix Magazine for taper lists, and mailing away for their list. Then, once received I would mail them tapes and a list of what I wanted. The anticipation of receiving those tapes was almost unbearable.

When it comes to collecting bands like the Grateful Dead, it's all about the tour and the era. There was so much that was hard to find; so many Holy Grails.

In celebration of the 40th anniversary of this tour the second hour of my next eight shows will feature some blistering tracks from almost every show. I have them all, save 04/07/72, which I've only heard a crappy audience of. I have soundboards of the rest of the tour and it's AMAZING!!!

Stream this fine show here.
Download this show and take it with you everywhere you go for the rest of your life, here.
Scroll down to see other shows and download and stream them too.

I Feel A Little Spaced Out (Ando Meio Desligado): Os Mutantes
If I Could Only Be Sure: Nolan Porter